Ex-Ondo Deputy Governor’s daughter’s murder: I did not kill her, some boys did — Suspect 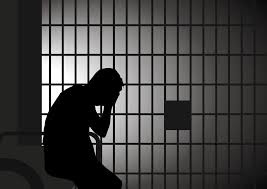 Adeyemi Alao, yesterday, said the two boys that raped and killed his fiancée, Khadijat Oluboyo, daughter of the former deputy governor of Ondo State, came with her to his room.


The deceased was allegedly murdered for ritual purpose by her fiancée and buried inside his room at his Oke Aro extension residence in Akure. This came as family sources hinted that the victim has been buried after the completion of post-mortem examination.

Alao, who was paraded by the state Police Command, said he joined cyber crime, popularly known as Yahoo Yahoo, this year but upgraded to Yahoo Plus to earn more money.

According to him, his friend introduced him to Yahoo Plus, which involves ritual activities after he complained to his friend that he was not getting the expected money from being a member of Yahoo club. Speaking during an interview before he was paraded, the suspect said: “Khadijat has been my girlfriend since 2010 and she visited me to help her in writing her final year project. She slept in my place on Thursday and left the following day.

“She sent a text message to me on Monday, July 2, that I should send some money to her. But I was surprised to see her that same Monday when she came with two boys to my room. “I left her in my room with the two boys, but they called me 30 minutes later and when I came in one of the guys brought out a gun and ordered me to kneel down, while the other was making love to Khadijat, who was naked on my bed.

“Khadijat was begging them to leave, promising not to tell anyone about what happened. But they strangled her and ordered me to get a digger and shovel. I thought they wanted to use the chance to escape. “But when I came back to the room, they were still there and ordered me to dig the grave, where we buried her and covered it with the rug.”

Asked why he failed to alert his parents or tenants when he was ordered to look for the digger and shovel, Alao said: “The tenants were busy watching a World Cup match and the noise from the home theatre in my room was too loud to make them know what was happening even when we were digging the grave in my room.

“The two boys left after burying her and I couldn’t sleep in my room that day. I had to sleep in my brother’s room and I could not tell anyone because no one would believe my story. “I don’t know the two guys. Although they have visited my place thrice with Khadijat, I don’t know them or their names. I have been dating Khadijat since 2010 and know nothing about these boys; she invited them.

I don’t know their names, but I can recognise them.” On motive, the suspect said: “I did not kill Khadijat for money ritual, though I joined Yahoo business this year and never made any headway. I later joined Yahoo Plus to make more money, but I not to do any ritual.”

However, the state’s Police image-maker, Femi Joseph, described the suspect’s defence as infantile and dismissed his “cock and bull story.”

His words: “His defence is very infantile and does not hold any water. I am very sure in the next 24 hours, when he will be charged to court, he should begin to talk.” Police sources hinted that the defence put up by the suspect was to divert attention as he had confessed during interrogation that he and the other suspects, now at large, killed the victim for rituals. Meanwhile, the Police image-maker, while speaking on the arrest, said the Command was alerted by an informant.

According to Joseph, “we met the suspect, who happened to be the boyfriend of late Khadijat, in his room trying to pack her remains in a sack. This is to tell you that he killed Khadijat. “The suspect mentioned some other suspects, now at large, but we found out that he single-handedly looked for digger and shovel, dug the grave and buried Khadijat.”