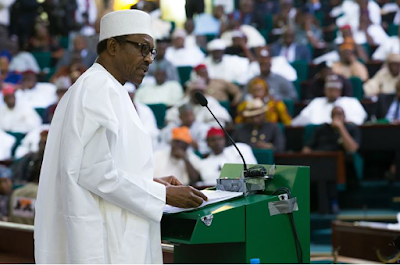 Mr Buhari’s decision to withhold assent to the bills was contained in separate letters read out by the Senate President, Bukola Saraki, on Tuesday.

He also gave reasons for rejecting each of the bills.

He added that the creation of the NCPEA may lead to the duplication of mandates of the federal ministries, MDAs “which will result in the wastage of scarce financial and other resources.”

For the Court and Tribunal Standard Scale of Fines Bill, 2017, the president explained that the proposed standard scale of fines appears to be ambiguous as it does not clearly state the manner by which any given offence falls under a particular level on the scale.

“As the naira value is dynamic, a fixed scale of fine, may impair the ease of future review of Nigerian laws setting up penalties and fines for offences,” he said.

For the Agricultural Credit Guarantee Scheme Fund Amendment Bill, 2018 , Mr Buhari said the increase in the fund size to N50 billion will not be effective.

“I am ready to grant presidential assent to this bill once this drafting is rectified,” he added.

Regarding the Corporate Manslaughter Bill, 2018, he stated that section 1(5) of the bill is inconsistent with other laws.

“This provision appears to be inconsistent with section 36(5) of the 1999 constitution which enshrines the presumption of innocence until alleged offender is convicted by a court or tribunal or competent jurisdiction.

“Furthermore, it may be useful for the bill to cover instances of career ending and life threatening injuries and not just wrongful death.

“Finally, the bill should clearly specify the penalties to be imposed for the offences created by the bill,” he said.