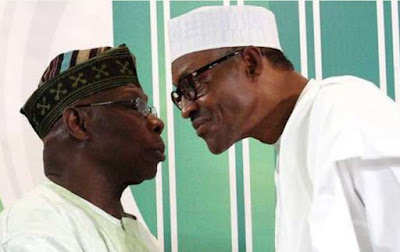 
He spoke in an address read on his behalf by former Osun State Governor Olagunsoye Oyinlola at the National Summit on Insecurity and killings in Nigeria, organised by the Northern Elders Forum, Afenifere, Ohanaeze Ndigbo and Pan Niger Delta Forum in Abuja.

Without offering solutions to the killings, Obasanjo said the government had been “giving one unrighteous and unacceptable justification after the other.”


Obasanjo said: “The obvious indication is that the government is seemingly confused and has got to the end of its tether and the nation is being left divisively and perilously to drift.

“Earlier last week, I noted in a speech some undesirable elements being allowed and being introduced to our democracy by this Administration. If these are not stopped, they could be the death knell of our democracy.”

he added: “People are not ready to give up in despair and leave their fate and their present and future in the hands of inept leadership for their lives to be ruined. I see common concern across the nation irrespective of tribe, religion, language and social standing that the situation should be retrieved and the nation should be saved,” he stated.

Clark attacked governors who he accused of hijacking power to themselves.

He said Nigerians are living in poverty, corruption and inequality, adding that governors who hitherto had no class had created one for themselves.

He said: “Even military governors were more liberal than the governors you have today who only think about themselves and not the people. If we keep silent, a revolution is coming, if we fail to take quality decisions, our children will not forgive us. I don’t care who becomes the president as long as he is competent.”