2019: Alignments without 2023 Igbo presidency will not stand, says APGA chieftain

9:37 AM Mystique 0 Latest News in Nigeria 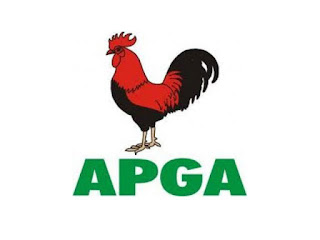 A member of the Board of Trustees, BoT, of All Progressive Grand Alliance, APGA, Chief Rommy Ezeonwuka has warned that any alignment or re-alignment being made by political parties in the country which is not based on giving Ndigbo a presidential slot in 2023 would not stand.


He believed that if Buhari’s second term can guarantee Igbo presidency in 2023, it could be managed and seen as a better option than following other sweet-tongued political parties and politicians who do not have the interest of Ndigbo at heart.

Speaking to newsmen yesterday at Oba, Idemili South Local Government Area of Anambra State, while reacting to mergers, accords and alliances being made by some political parties, against the All Progressives Congress, APC, Ezeonwuka   declared: “Any alignment that will not give Igboman presidency in four years time will not work. We can manage this madness called the Buhari administration for another four years provided the South-East zone will get the presidency at the end of the four years.”

He described the NPP/NPN accord of 1983 as the best form of alliance ever between two rival political parties in the country, adding that it was through that alliance that most of the major federal roads in the South East zone were awarded and constructed during the Shehu Shagari/Alex Ekwueme second republic regime.

Ezeonwuka however noted that APGA was not yet part of any alignment with any political party.