The National Assembly has asked the Appeal Court sitting in Abuja to set aside a Federal High Court judgement, which stated that it lacked the power to re-order the proposed sequence for the 2019 general elections. 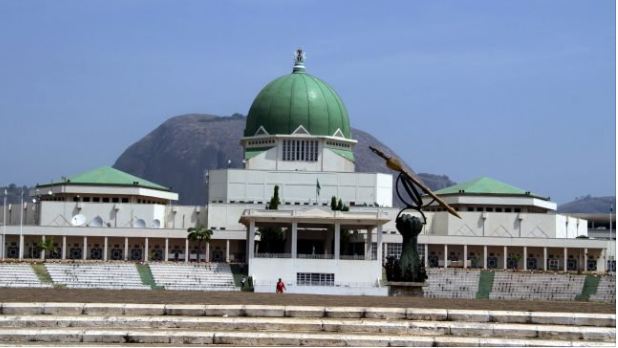 Justice Ahmed Mohammed of an Abuja Division of the Federal High Court, had in his judgement in a suit filed by Accord Party against National Assembly, the Attorney-General of the Federation, and the Independent National Electoral Commission (INEC), held that the election timetable earlier released by the INEC could not be altered by the Legislature.

Accord Party filed the suit through Chief Wole Olanipekun, SAN, after both chambers of the National Assembly attempted to implement Section 58 of the Constitution, which allows the Legislature to override the decision of the President.

Among reliefs the Plaintiff sought before the court, which were granted, include “A declaration that the 3rd Defendant, is the only body and or institution constitutionally vested with the powers, vires, and duties to organise, undertake and supervise elections to the offices of the President and Vice President of the Federal Republic of Nigeria, the Governor and Deputy Governor of a State, membership of the Senate, the House of Representatives and the House of Assembly of each State of the Federation, including fixing or assigning dates of the said elections and sequence of same”.

However in its appeal, the NASS, which was the 1st Defendant at the lower court asked the appellate court to set aside the decision of Justice Mohammed, and dismiss in its entirety, the Plaintiff’s claims in the Originating Summons.

In the Notice of Appeal filed through its Lawyer, Mr. J.B Daudu, SAN, the NASS stated that the learned trial judge, erred in law when he assumed jurisdiction to entertain and determine the suit, when the purpose of passing the Electoral Act (Amendment) Bill 2018 into an Act.

NASS contended that the trial judge wrongly failed to appreciate that, until the Electoral Act (Amendment) Bill 2018 was passed into an Act by the exercise of the legislative power of the National Assembly to over-ride the veto or withholding of assent to the Bill by the President, the same remained inchoate and not capable of vesting a justiciable civil right or obligation on any person, including the Plaintiff.

The legislature further contended amongst others, that the lower court wrongly interpreted the provisions of Section 4(8) of the 1999 Constitution (as amended), so as to reach the conclusion that the Federal High Court was vested with jurisdiction to impugn a Bill perceived to be unconstitutional.

“The lower court was further in error, when it relied on the certificate of the Clerk of the National Assembly pursuant to the Acts Authentication Act on the Bill (Exh ‘A’), as proof that the Bill’s constitutionality could be challenged in a superior court of law.

“The learned trial judge erred in law, when he failed to appreciate that the Plaintiff’s suit (subject-matter of this Appeal), was not properly constituted and therefore, incompetent”, it stated.