The Ebonyi state government has stated that the claim by the federal government that it had agreed to provide land for cattle ranching was false, stressing that it has not changed its position on the subject. 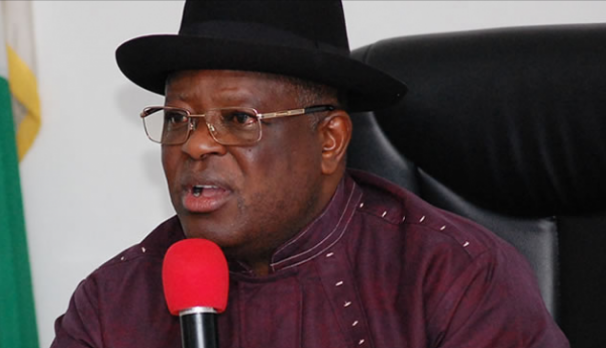 The federal government had on Tuesday listed Ebonyi among the ten states that had agreed to provide land for ranching, explaining that the aim of the ranching plan is to reduce clashes between farmers and herdsmen.

The ten states listed by the federal for the ranching, for which it plans to spend N179billion over the next 10 years include: Adamawa, Benue, Ebonyi, Edo, Kaduna, Nassarawa, Oyo, Plateau, Taraba and Zamfara.
Aside the loss of lives, the federal government also said that Nigeria loses about $14 billion (₦5.04 trillion) annually to the conflicts.

The presentation of the plan was made by the technical adviser to the National Economic Council (NEC), Andrew Kwasari, on Tuesday in Abuja. The event had in attendance several public officials including the Minister of Agriculture, Audu Ogbeh; and the Governor of Benue State, Samuel Ortom.

The officials present said the plan was already adopted by all state governors, who are members of the NEC.
But addressing journalists after the state executive council meeting on Thursday, the state commissioner for agriculture, Ikechukwu Nwobo, told the federal government that there was no vacant land for cattle ranching in the state.

He stated that the state executive council frowned at the news “that the state has directed or provided for a cattle ranch in Ebonyi State.”

Whether the federal government consulted us, we are not aware of that. The state executive council has decided and made sure that there is no land for ranching in Ebonyi State.

“We never provided land for ranching in Ebonyi State and it is still our position and that those land they said is for ranching is for those Northern state that have always been doing ranching which have been gazetted before now,” he said.

Nwobo maintained that the state had no idea that it was included in the ranching, adding that, “We were not gazetted. There is no land for any ranching in Ebonyi State and we are not aware that we are among those mentioned as ranching states.

“The ranching programme being done by the federal government does not include Ebonyi State and it has been redirected to those states in the North where the farmlands have been gazetted and have ranching ground which they will now revitalized.”