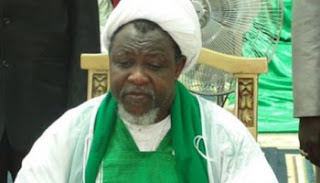 The absence of Justice Gideon Kurada of a Kaduna High Court on Thursday staled the arraignment of the leader of the Islamic Movement in Nigeria (IMN), Ibrahim Zakzaky and his wife, Zeenat over alleged culpable homicide.


The Kaduna State Government had brought an eight-count charge against the IMN leader and his wife.

They are being charged for alleged conspiracy, abating culpable homicide and other related offences.

Journalists were however stopped by the police from entering the court for the proceedings.

However,  Zakzaky’s counsel, Femi Falana (SAN), informed the News Agency of Nigeria (NAN) that the judge was unavoidably absent to take the case.

He said both prosecuting and defence counsel have decided and picked July 11 as the next adjourned date.

Falana decried the action of police in stopping journalists and commuters who were interested in the case to witness the proceeding.

He said that there was no law in the country which stops people from witnessing the proceeding of a trial of any citizen.

NAN reports that on May 15, Zakzaky and his wife were brought to court for arraignment.

The prosecuting counsel, Dari Bayero however asked for more time to enable the prosecution serve the two other persons standing trial with the Shiites leader.