2019: It’s wrong for Obasanjo to ask Buhari not to seek re-election – Kalu 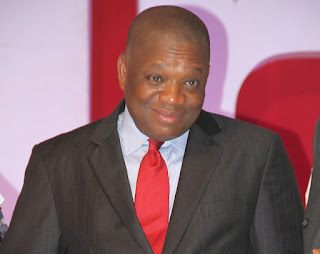 Former Abia State Governor, Dr. Orji Uzor Kalu has faulted former President Olusegun Obasanjo over the letter he wrote to Buhari advising him not to seek re-election in 2019.


Orji Kalu, who made the declaration over the weekend in Dutse while on a state visit to Jigawa, told the governor, Alhaji Muhammed Badaru Abubakar that he is touring the country to sensitize Nigerians on the need to allow President Muhammadu Buhari to become president again come 2019.

His words: “People seem to have forgotten when former President Obasanjo was literally absent for about three years, travelling all over the world when he was president and then nobody told him not seek re-election.”

According to the former governor, OBJ does not have the moral right to decide for Nigerians who becomes president even though when he was president, no one wrote letters advising him against seeking re-election. Why should he do so now?

Kalu said Nigerians have the moral obligation to choose their leaders through the democratic process, advising them to go ahead and vote for President Buhari for another term  while also voting for Muhammed Badaru as Jigawa state governor.

He said voting for other people other than Buhari is giving an opening for the continued looting of the country’s treasury.

Said he:“ There won’t be any presidential candidate I would support in 2019  other than President Muhammadu Buhari.

“Although Alhaji Sule Lamido happens to be my bosson friend and an aspirant for Nigeria’s president  in the PDP , I have  told him that I won’t vote for him against President Muhammadu Buhari”.

The Jigawa Governor, Alhaji Muhammed Badaru who expressed his excitement over the visit by the former Abia governor   said his choice to project   the re election of President Muhammadu Buhari is unprecedented.

Muhammed Badaru said although President Muhammadu Buhari has constantly won elections in Jigawa, there is further need to re-educate and re- energize the people to see reason why they should give Buhari another chance to run for president.

Badaru who went down memory lane  on how the APC government met a battered economy by the PDP said, “Jigawa people are better informed and educated on how we met the state treasury and economy and that is why no one can disillusion them at this moment,” he said.