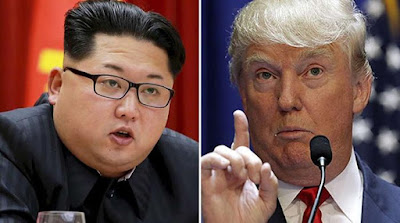 
He said it was possible a meeting could still take place but warned North Korea against committing “foolish” acts, the BBC reports.

The summit aimed to rid the Korean peninsula of nuclear weapons and would have been the first time a sitting U.S President met a North Korean leader.

But doubts had emerged on both sides whether the talks would take place.

Mr. Trump’s announcement marked a fresh twist in the turbulent relationship between him and Mr. Kim.

This year though has seen warmer relations, including the release of three U.S detainees in North Korea.

The move came just hours after North Korea said it had dismantled tunnels at its only nuclear test site in a move witnessed by foreign journalists.