U.S. President Donald Trump said that the much anticipated meeting with North Korean leader Kim Jong-Un could still go ahead on June 12. 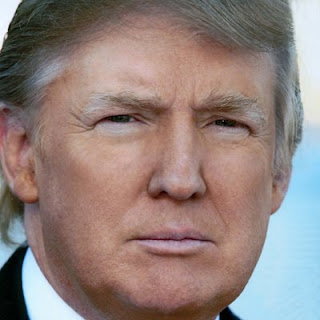 Trump told reporters at the White House: “We’re going to see what happens. It could even be the 12th”, referring to the original date set for the meeting in Singapore.

In a tweet later, the president welcomed North Korea’s latest statement on the talks as “very good news,” following Trump’s announcement on Thursday cancelling the meeting.

Trump, also tweeted: “Very good news to receive the warm and productive statement from North Korea. We will soon see where it will lead, hopefully to long and enduring prosperity and peace. Only time (and talent) will tell!”

Trump had cancelled the planned summit with Kim, citing the “tremendous anger and open hostility” in a recent statement from North Korea.

It came on a day that North Korea dismantled its nuclear bomb testing site, in the presence of some invited journalists

Trump said in a letter to Kim released on Thursday by the White House that based on the statement, he felt it was “inappropriate, at this time, to have this long-planned meeting.”

The president said the North Koreans talk about their nuclear capabilities, “but ours are so massive and powerful that I pray to God they will never have to be used.”

In a statement released by North Korean media on Thursday, Vice Foreign Minister Choe Son Hui had called U.S. Vice President Mike Pence a “political dummy” for comparing North Korea – a “nuclear weapons state” – to Libya, where Gaddafi gave up his unfinished nuclear development programme, only to be later killed by NATO-backed fighters.

“It is to be underlined, however, that in order not to follow in Libya’s footstep, we paid a heavy price to build up our powerful and reliable strength that can defend ourselves and safeguard peace and security in the Korean peninsula and the region.

“We will neither beg the U.S. for dialogue nor take the trouble to persuade them if they do not want to sit together with us,” Choe said.

However, a top North Korean official issued a statement on Friday, expressing the regime’s “willingness” to sit down for a summit with the U.S. administration.

“We express our willingness to sit down face-to-face with the U.S. and resolve issues anytime and in any format,” North Korean Vice Foreign Minister Kim Kye-gwan said.

“Our commitment to doing our best for the sake of peace and stability for the world and the Korean Peninsula remains unchanged, and we are open-minded in giving time and opportunity to the U.S.,” he said.