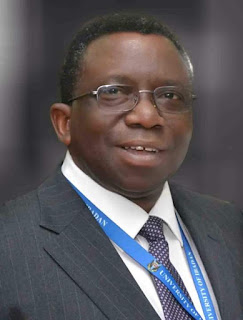 As the indefinite strike called by members of Joint Health Sector Union, JOHESU, enters its fifth week, the aggrieved workers have urged Nigerians to hold the Federal Government, particularly, the Minister of Health, Prof Isaac Adewole responsible for deaths recorded during the period of the strike even as they vowed not to return to work until their demands are met.


The workers, who spoke during a consultative meeting/rally in Lagos, also regretted whatever pains patients were passing through due to failure of the government to do the needful with regard to implementing the adjusted Consolidated Health Salary Structure, CONHESS.

Addressing journalists in Lagos, the National Chairman of National Association of Nigeria Nurses and Midwives, (federal health institutions sector), Wale Olatunde insisted that the union had interest of Nigerians at heart but declared that the caregiver also needed care.

“Nobody is happy abandoning our patients. The essence of our training is to care for our patients but we also require care.

“But the Minister of Health, Professor Isaac Adewole came out to say there was no agreement between JOHESU and the government until we brought out papers signed by the parties involved. That goes to show the insincerity on the part of government.

Stating that the drivers of the health sector were insensitive to health workers’ years of neglect, he said: “This country is boiling. The health industry is comatose and in disarray. The minister has the effrontery to arrange a jamboree of 40 people to go and spend 350 million naira in Geneva, Switzerland.  Does that look reasonable or does he look like somebody that has the interest of the people at heart.?

“The Minister of Health does not go to the public hospital for treatment. They should be sympathetic with the common man on the street; that is exactly what we are clamouring for.

“We are telling government to give us what rightly belong to us and we will resume work the next two hours.

Olatunde said it was unfortunate that the government had reviewed the salary of some workers in the sector twice in the last few years while that of JOSEHU’s was left unattended to.

“We are not asking for a new salary table but we are saying adjust in line with what you have adjusted for others. But rather for them to face that reality, they begin to tell people that we are asking for equality with doctors. Is level eight the same thing as level 12? If l am able to rise to level 12, l should enjoy the benefits of level 12.  All professors in the university earn the same salary; it doesn’t matter your discipline.

“The Wages and Salary Commission that is saddled with the responsibility of salary structure has once confirmed that what we are demanding is reasonable, but the Federal Ministry of Health said it was not satisfied. We are not begging for it because it is what rightly belongs to us.” he said.

He disclosed that the union had for long passed a vote of no confidence in Adewole.

He called on Buhari to terminate the appointment of the minister, whom he described as a clog in the wheel of progress in the sector.