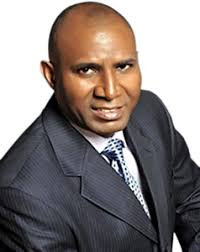 The Senate has said Senator Ovie Omo-Agege, who was suspended but whose suspension was invalidated by a Federal High Court, can resume today.


While stating that the access to be given to Omo-Agege was in compliance with the court order, it noted that the judgment had been appealed while a motion for stay of execution of the order had been filed.

The motion, according to statement issued on Monday night by the Chairman, Senate Committee on Media and Publicity, Senator Aliyu Sabi-Abdullahi, might be decided upon by the appellate court on Wednesday.

The statement read, “The Senate leadership has been briefed by our lawyers on last Thursday’s judgment of the Federal High Court, Abuja, on whether the Senate has the legal authority to suspend a member for certain misconduct or not.

“We have equally filed an appeal against the judgment of the court and a motion for stay of execution of the judgment at the Court of Appeal.

“As an institution that obeys the law and court orders, the Senate has decided that it will comply with the judgment of the Federal High Court and do nothing to stop Senator Ovie Omo-Agege from resuming in his office and at plenary from tomorrow May 15, 2018, pending the determination of the application for stay of execution.

“The Senate has been advised that since the motion for stay of execution of the Thursday, May 10, 2018, judgment shall be heard and possibly determined on Wednesday, May 16, 2018, we shall therefore respect the subsisting High Court judgment and await the appellate court’s decision on the pending motion.”

The Senate had on April 12, 2018, suspended Omo-Agege for 90 legislative days for dragging the chamber to court over the amendment to the Electoral Act 2010 which seeks to reshuffle the sequence of polls during a general election.

Same day he was suspended, Omo-Agege had told newsmen that he would continue to work as a senator. The lawmaker had attended plenary on April 18, one week after his suspension, in a controversial circumstance.

However, a Federal High Court in Abuja on Thursday nullified the suspension. Justice Nnamdi Dimgba, in the judgment, said the order nullifying the suspension was “with immediate effect.”

It was reported on Saturday that there were strong indications of a looming showdown at the Senate on Tuesday Omo-Agege had said he would attend the plenary.

Earlier, it had been reported on April 21 that the Senate had ordered security agents to prevent the senator from entering its chamber.

Omo-Agege however told our correspondent on Saturday that the Minister of Justice and Attorney General of the Federation, Mr. Abubakar Malami, was joined in the suit challenging his suspension.
According to him, the judgment is binding on the Federal Government, represented by the AGF, and the security agencies under it.