Obasanjo’s new party, ADC speaks on what will happen in 2019


Stakeholders of African Democratic Congress, ADC, on Sunday, expressed delight at the adoption of the party by former President, Olusegun Obasanjo’s Coalition of National Movement, CNM. 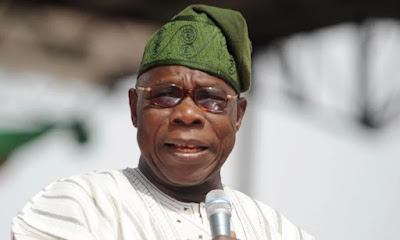 Reacting to the development, ADC vowed that it would enthrone a new generation of leaders in Nigeria in 2019.

In a communique issued after their meeting in Awka, Anambra state, the South East stakeholders of the party promised that the trust Obasanjo placed on the group would yield good dividends.

They assured that their commitment and passion were in alignment with the good aspiration of all Nigerians.

The communique endorsed by ADC founding national chairman , Chief Ralph Okey Nwosu, read in part: “It is a known fact that the government of All Progress Congress, APC, has failed in the core responsibilities of any government as the security and welfare of the people have deteriorated monumentally.

“We are committed to using ADC to bring Ndigbo back to the mainstream and national politics. In this regard, we pledge to work and put in our best effort and resources to colour the South East with ADC.

“We shall use the ADC symbol of a handshake to reach out to every Nigerian to bring back friendship, love, unity of purpose, and use power in our diversity to make Nigeria a model for Africa, investors’ haven, and the darling of the world.

“We remain committed to the avowed vision of the leaders of this country from the North West, North East, North Central, South West, South- South and South East to use ADC and the coming elections as a launch pad to bring in a new generation of leaders into governance concourse of the nation.

“We also appeal to all well-meaning leaders to continue their mentoring and guidance as we journey in our nation-building pathway.”

The ADC leaders endorsed the policy proclamation of their leaders to avail 30% of all positions to women and youths respectively.

The party called on youths and women across Nigeria to embrace the party that would help them advance their skills, talents, and leadership qualities.