The Muslim Rights Concern (MURIC) has criticized the Nigerian Senate for declaring the Inspector General of Police, Ibrahim Idris Kpotum, ‘an enemy of democracy’ over the latter’s refusal to honour its invitation. 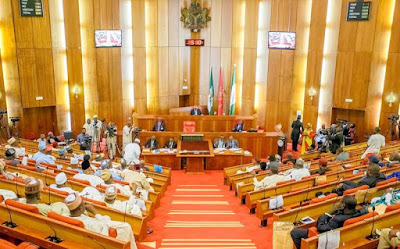 Its Director, Prof Ishaq Akintola, in a statement on Tuesday, accused the Senate of leaving important matters to fight a seeming personal battle.

He said the Nigeria Police deserved commendation for its achievements in recent times.

“The arrest of big time criminals like Evans the kidnap kingpin; the Offa dare-devil armed robbers who killed 17 people in a single operation; Ibrahim Umar who confessed that he used to drink the blood of kidnapped victims and Niger State kidnap specialist Matarari Saidu.

“Just yesterday, 14th May, 2018, police nabbed Barau Ibrahim a.k.a. Rambo, touted to be one of the most wanted kidnappers who also dabbles into armed robbery and assassination. Rambo was notorious for terrorizing Birnin Gwari axis of Kaduna State, Abuja-Kaduna-Kano expressway and Zamfara State. But what do the police get from Senate for all these?

“Even if we did not see all the above achievements of the police, at least one case was reported by MURIC headquarters in 2017 and we still marvel at the speed with which the police handled the matter. A luxurious bus in which a female youth corper and member of MURIC serving in the North was ordered to stop by hoodlums between Abuja and Kogi states. The driver was shot dead for refusing to stop. The spare driver took over the wheels and was able to park safely at a distance.

“The occupants spilled into the bush and from there our member put a call to us at 12 midnight. We called a commissioner of police who requested for the corper’s number. Within 30 minutes, police had surrounded the location and we soon received a call from the Abuja Police Commissioner who assured us that the corper was now safe in a police van.

“The Nigeria Police is a reliable police force. Give them modern weapons, vehicles, communication gadgets, a good salary, a motivative welfare package and they will perform wonders. The Nigerian Police which has just a little over 317,000 men is protecting more than 193 million Nigerians when global best practices is one policeman to every 500 civilians. Some of them buy their own shoes and uniforms. They are poorly equipped, overwhelmed, overworked but underpaid. At least they do not enjoy the luxury of taking home N13.5 million every month (or is it really N29 million?).

“Senate should be promoting the interest of policemen if indeed our senators know their duties. They should fight for police welfare. Every Egyptian policeman had a pistol and a walkie-talkie even as far back as 1975 whereas it is a whole police station that manages a single walkie-talkie in the Nigeria of 2018. This is a big shame but our lawmakers care less. Yet it is the same policemen they want to ridicule who are guarding them day and night. Can’t our lawmakers be grateful for once?

“Senate should leave the IG of police alone. Let the man concentrate on his job. Respect begets respect but Senate has no modicum of respect for other arms of government. What happened to the principle of separation of powers? Senate appears to be harbouring overambitious elements in the red chamber.”