Ovie Omo-Agege, senator representing Delta central, refused to testify before an ad hoc committee of the national assembly probing the theft of the senate mace. 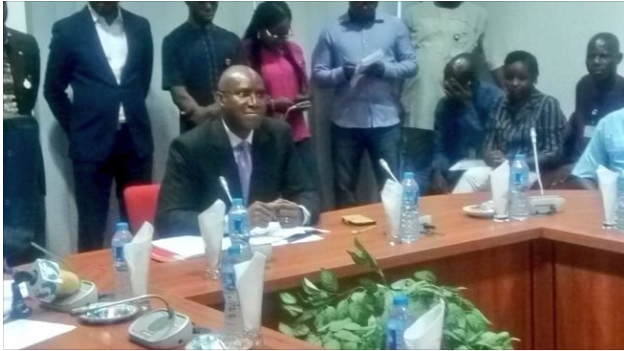 Speaking when he appeared before the committee on Tuesday, the lawmaker said he would not speak because the matter is in court.

He listed Senate President Bukola Saraki and Bala Na’Allah, chairman of the committee, as defandants of the suit.

“Ordinarily, I will love to take these opportunity to respond to the allegations raised but I am here to inform you that I have gone to court and parties have been served,” the senator said.

“The action was taken on the 21st of May, 2018 and all the parties enumerated have been served.”

On his part, Na’Allah said he could not be served by his office.

“I cannot be served by my office. You should know this,” he said.

“I have no problem recieving service. Maybe due to my inadequate knowledge of the law. The service has to be personal.”

Shehu Sani, senator representing Kaduna central and a member of the committee, asked Omo-Agege to defend his actions.

“I came here to hear a revolutionary speech to defend your actions. If he is not ready to speak, we should not sit here and be gisting on other issues,” he said.

On her part, Betty Apiafi, co-chair of the committee and lawmaker of the house of representatives, said section 62 of constitution does not stop them from investigating the matter.

But Omo-Agege stood his ground, citing order 3(5) of the senate standing order.

The order restricts the senate from probing a case that is in court.

But Na’Allah argued that there is nothing illegal about investigating the allegations levelled against the Delta senator yet Omo-Agege refused to comment on the issue.

On his part, Ali Ndume, senator representing Borno south, who was accused of being complicit in the mace theft, denied any wrong doing.

He recommended the overhauling of the security architecture of the national assembly.

“I didn’t know we were that exposed. For me to prevent someone from taking the mace [to safety]. I don’t have any authority to do that,” Ndume said.

“That day it was only thugs and everyone ran to the tea room.”