7:32 AM CuteNaija 0 Latest News in Nigeria 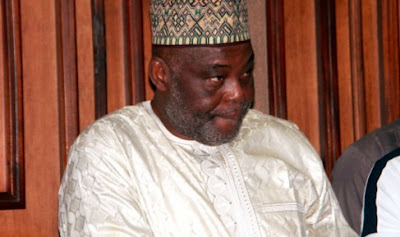 The prosecution also announced the closure of its case after calling 14 witnesses.

Aliyu, an operative of the EFCC, led in evidence by the commission’s counsel, Mr. Oluwaleke Atolagbe, said Dokpesi received the funds through his company, DAAR Investments and Holdings Ltd.

Aliyu added that N60 million out of the N2.1 billion was transferred to two companies, including Archithesis Ltd and Wood Country Investment Ltd.

“We invited the owners and promoters of these companies, one Ayonbani, who volunteered his statement and confirmed that he received the fund from Dokpesi.

“He stated that the fund was for renovation and reconstruction work he was to carry out at the home of Dokpesi in Edo.”

An exhibit, marked D- statement of account, was produced in court by the witness to show the details of the transactions.

According to the exhibit, on January 22, 2015, N500 million was credited to the account of DAAR Investment and Holdings Ltd by the office of the former NSA with no work done.

He also said on February 4, 2015, there was a credit deposit of another N500 million from the office of the NSA to DAAR Investment and Holdings account.

On Feb. 9, 2015, another deposit of N620 million was made into the account by the same office of the former NSA.

Aliyu also analysed the bank statements for the transactions between Dokpesi and the two companies (Archithesis and Wood Country Investment Ltd) with dates.

Responding to a question by the defence counsel, Mr. Kanu Agabi (SAN), on whether the account of the office of the NSA was kept with the Central Bank of Nigeria, he answered in the affirmative.

Agabi also asked if funds kept in such account were the proceeds of crime and the witness said no.

The witness also responded in the negative, when he was asked whether he obtained a statement from the defendant.

The witness said he read the defendant’s statement, but did not investigate the allegations Dokpesi made, because he was only limited to the N2.1 billion received by his company.

Upon further interrogation, he admitted that the defendant had no control over the procedure for making payments in the office of the former NSA.

But Atolagbe, after calling his 14th witness, told the judge the commission is concluding its testimony.

Agabi said the defence intends to make a no-case submission, in which it would argue among others, that the prosecution has not led sufficient evidence linking his client to the offences charged and warrant him being called to enter a defence.

The defence will then pray the court to dismiss the charge and set the defendants free.

The trial judge, Justice John Tsoho, directed the defence to file its no-case submission within 21 days.

Justice Tsoho equally asked the prosecution to file its response within 21 days from the day it is served with the defendants’ no-case submission.

He also directed that the defendants would have 14 days to further reply from the day they are served with the prosecution’s response to the no-case submission.

The judge adjourned to October 4 for parties to adopt their written submissions for and against the no-case submission.