Scribe takes over ICPC as Senate refuses to screen chairman, board members 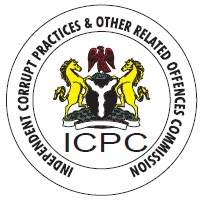 The frosty relationship between National Assembly and the Presidency is increasingly creating a vacuum in many critical federal departments and agencies, due principally to the refusal of the Senate to screen and confirm nominees sent to it by President Muhammadu Buhari.


Apparently frustrated by the Senate’s refusal to confirm the chairman and board members sent by Buhari to the Senate last year, Secretary of Independent Corrupt Practices Commission, ICPC, Dr. Musa Abubakar, yesterday,  took over the management of the anti-graft agency in an acting capacity in a bid to stave off a vacuum.

The Senators had voted to reject all nominees by Buhari until he removes the acting Economic and Financial Crimes Commission Chairman, EFCC, Mr Ibrahim Magu, from office, following their rejection of his nomination for the top job twice based on adverse security reports against him by Department of State Services, DSS, headed by another Buhari loyalist.

But the Presidency has said it will not remove Magu from office and that he will remain in that capacity as long as Buhari is the president of Nigeria.

The action of the presidency has pitted it against the lawmakers, most of who have outstanding financial crime matters pending in court or are currently being investigated by the operatives of the agency.

The lawmakers appear upset by Magu’s audacity to charge the Senate President, Dr Bukola Saraki, to court over false declaration of assets and his insistence on charging ex-governors, now Senators, to court over alleged money laundering and breach of public trust.

But in a bid to avoid a vacuum at the ICPC, the acting Chairman of the commission, Alhaji Bako Abdullahi, yesterday, handed over the affairs of the agency to the Secretary, Dr. Musa Abubakar.

In a brief ceremony, which was witnessed by heads of departments and other senior management staff, the two-term board member, Abdullahi, said he was handing over to the secretary as his tenure as acting chairman and board member had ended.

He expressed his gratitude to the government for giving him the opportunity to serve as a board member and an acting chairman on two different occasions.