The Lagos State chapter of the All Progressives Congress (APC) has broken into factions, with loyalists of national leader, Bola Tinubu leading a new group called the Broom United Movement (BUM). 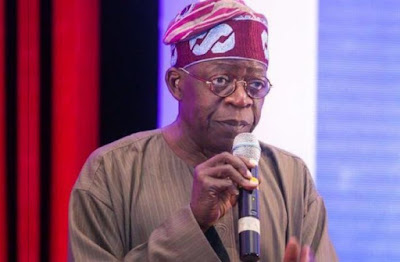 The development came barely two weeks after Tinubu started his assignment as head of the reconciliation committee of the party.

The splinter group, at its inaugural meeting which took place at the Absolute Lagos Lounge of the Lagos Lawn Tennis Club on Tuesday, accused leadership of the party in Lagos of engaging in “illegalities, manipulation and marginalisation” against members.

Mr. Faud Oki, convener of BUM, warned that unless genuine reconciliation is allowed to take place, the party may be heading for a crisis and a disaster in an election year.

“The resultant effect of this has been its incapacity to support our democracy as expected.

“Today, our party in Lagos State is fading into insignificance. Massive membership exclusion is becoming the order of the day with members withdrawing from the political space and constituting themselves into internal opposition.

“It is in the light of all these, that the BUM will involve committed party members who will bring moral authority, character and wisdom in handling the delicate issue of reconciliation, unity and accord.”

The BUM Leader lamented that the APC in the state has never been this divided and disunited.

“The current graveyard silence that permeate our political landscape with a ‘siddon look’ syndrome is very dangerous,” adding that political parties are vital organisations in a democracy, and democracy is stronger when citizens become active members of political parties parties.”

“Unfortunately, the democratic culture in our state is characterised by factors such as illegalities, rigging, oppression, manipulation, marginalisation and violence.

“Democracy and political participation are related to good governance; this relationship is complementary but appear to be antithetical in our political system. When democracy is abused, good governance becomes elusive and evasive.”

Oki assured party members that from now on, their “votes will count and will be allowed to freely choose their leaders in a healthy competitive atmosphere.”