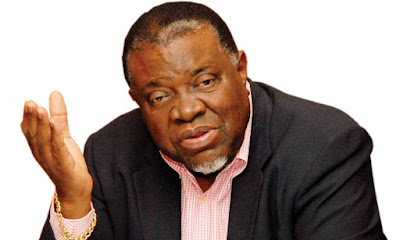 Namibian President Hage Geingob on Wednesday banned politicians and civil servants from foreign business travel to save money, after he swapped his own jet for commercial flights.

The southern African country has been struggling to control its finances with government debt levels soaring in recent years, leading to investor warnings over its economic outlook.

“In the interest of curtailing public expenditure, no request for outbound travel… will be considered until after the end of February 2018,” said presidential spokesman Albertus Aochamub.

Aochamub said Geinob declined to use his presidential jet for a holiday in December and for the recent African Union summit in Ethiopia.

“The president has instead chosen to use scheduled commercial flights,” he said, adding that Geingob was only going for essential foreign trips with smaller delegations.

In August, the Moody’s rating agency downgraded Namibia’s debt to junk status due to the government deficit and public spending.

The daily Namibian newspaper reported on Wednesday that thousands of soldiers would be forced to take leave to save on food and electricity bills at military bases.