Governor Okorocha - I will not remove Zuma’s statue

6:50 AM CuteNaija 0 Latest News in Nigeria 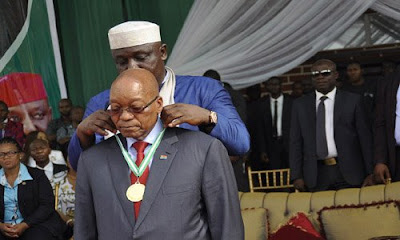 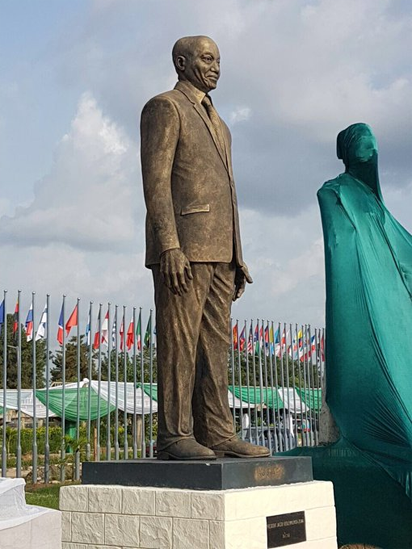 Imo State governor, Rochas Okorocha yesterday said the state will not pull down the statue of former President of South Africa, Jacob Zuma, who resigned in the heat of corruption allegation. The Imo governor had erected Zuma’s statue in Owerri last year, amid widespread criticism. Okorocha in a statement signed by his Chief Press Secretary, Mr. Sam Onwuemeodo, said, “on the Jacob Zuma’s statue in Owerri and the resignation of the man few days ago as President of South Africa, the statue will not be pulled down. The statue was erected when the man was a sitting president.

We should also be keen in his life’s story”. The statement continued that “for instance, a man who didn’t receive any formal education but rose to play a major role in the freedom of his people and also became president of one of the leading African nations calls for sober reflection.

“He also resigned honourably. And after his coming to Imo where he spoke against the killings of Nigerians in South Africa, the situation came under control to a large extent. Zuma came to Imo to partner Rochas Foundation College for Africa. He didn’t come for politics. And even after his departure as president, he would still go ahead to make his contributions to the education of the less privileged children in Africa”. It added further that, “and whatever Okorocha has done in Imo, he has done so for the good of the people. Okorocha’s achievements in Imo are unequalled, and have exceeded the achievements of all those before him put together.