A+ A-
Print Email
Asiata Adeyanju, a 42-year-old woman, reportedly died of shock after operatives of the federal special anti-robbery squad (FSARS) arrested her son. 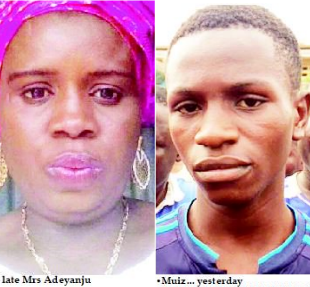 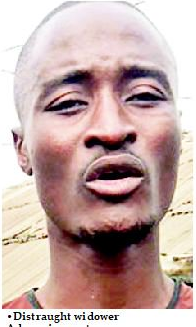 The incident occurred in the Ilupeju area of Lagos state.

According to The Nation, Muiz, who is 17 years old, was arrested while he was putting off a generator in front of their house.

Consequently, Asiata who is said to be hypertensive slumped after chasing the vehicle. She reportedly died on the way to the hospital.

Muiz was said to have been released after Musendiku, his father, told FSARS operatives that his wife had collapsed.

“I was pulling the generator’s starter when the policemen grabbed my trousers and asked me to enter the bus. Before I knew what was going on, two of the officers started slapping me,” Muiz recounted his ordeal.

“They took me away with some other people I didn’t know. They were moving round the area, picking up people. They wore black shirts with ‘FSARS’ boldly written on them.”

Also speaking, Musendiku said they had barely left the meeting with FSARS operatives when he learnt that his wife had died.

“The boy was arrested by FSARS when he was about to put on the set. I overheard one of my neighbours, Mr Emmanuel, telling the policemen that the boy lives in the house. I had to break the prayers to attend to the situation. Before I got to the scene, the police van had left the spot. We ran after them but we didn’t see them,” he said.

“We met the FSARS officers at a junction in Ilupeju and I explained to them my wife had collapsed because of my son’s arrest. That was when they released the boy to us. We had barely left that scene when I got a call that my wife had died.”

When contacted, Badmus Dolapo, Lagos police spokesman, said that Imohimi Egar, the state’s commissioner, has ordered an investigation into the matter.

“We received the report, the commissioner of police Lagos state command CP Imohimi Edgar has ordered discreet investigation into the matter,” Dolapo said.

“If investigation reveals the story to be true, be rest assured any or all officers involved will be dealt with decisively.”