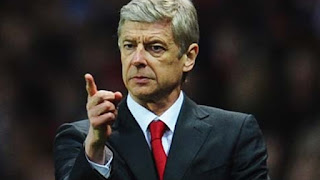 Arsenal manager Arsene Wenger insists Video Assistant Referee technology is important for the future of the game despite some early “hiccups” with the system.

However, Wenger has long been an advocate of video technology and he said: “There are some hiccups at the start of the functioning certainly and we need to clear up the way it works, yes I agree.

“Is that enough to renounce (the current system)? I would say no, I am still a fervent supporter of it and I believe we have to move forward with it and improve the system certainly, but we have to go with it.

“You cannot imagine that in the future it will not be used. We will have to find the proper way to do it, but it has to go that way.”

Norwich defender Timm Klose has since admitted he had fouled Willian as the Brazilian fell to the turf and was booked for diving by Scott in the controversial incident at Stamford Bridge.

Chelsea eventually prevailed 5-3 on penalties despite finishing with nine men following red cards for Pedro and Alvaro Morata, who was shown a second yellow by Scott for protesting at the referee’s decision not to award a penalty when he took a tumble under a challenge from Christoph Zimmermann.

The fall-out from the VAR controversy in that game followed on after the system had been used 24 hours earlier to award a goal for the first time in Leicester City’s replay against Fleetwood Town.