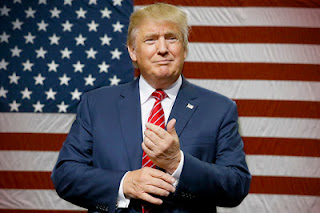 United States visa processes across the world may not be disrupted following government shut down at the stroke of midnight Friday.

All but the most essential operations of the US government are affected including the one-year anniversary of President Donald Trump’s inauguration.

There were fears that all US offices overseas handling visa issuance and federal regulatory agencies, including those overseeing grants and contracts will remain closed while the shutdown lasts.

However, the spokesman of the US Embassy in Abuja, Russell Brooks, told The Nation last night scheduled visa appointments would hold.

He said: The State Department has informed the public on travel.state.gov that scheduled passport and visa services in the United States and at posts overseas will continue during the lapse on appropriations as the situation permits.

“We are expected to still show up for work on Monday and figure it out from there,”

In an email sent to State Department employees Friday morning, acting Director General William Todd said: “a number of government activities would cease due to a lack of appropriated funding, and that a number of employees would be temporarily furloughed,” if a government shutdown were to occur.

He did not specify which activities would stop or which employees should stay home next week.

Heather Nauert, a spokesperson for the State Department, on Thursday said that the department had yet to make any decisions about which services it could provide during a shutdown but that “we will be prepared for all contingencies.”

The shutdown was sparked by the Senate rejection of a short-term spending bill to keep the federal government running.

A few Republicans joined Democrats in blocking the crucial measure, which would have provided short-term funding for the Pentagon and other federal agencies.

The bill to fund the government until February 16 did not receive the required 60 votes.

The Senate voted 50-48 to block the stopgap funding measure.

The short-term spending bill was passed by the House on Thursday.

This is part of the Democrats strategy to force President Trump and the Republicans to negotiate with them on illegal immigrants who are facing deportation.

Trump, in a series of tweets, accused the Democrats of being more concerned with illegal immigrants than the country’s armed forces and “holding the military hostage over their desire to have unchecked illegal immigration”.

Spokeswoman Sarah Sanders said the Democrats’ insistence that the interim measure include protection for undocumented immigrants who arrived as children killed the deal.

“Tonight, they put politics above our national security, military families, vulnerable children, and our country’s ability to serve all Americans.”