Remains of ex-CJN, Musdapher, taken to Jigawa after funeral prayer in Kano 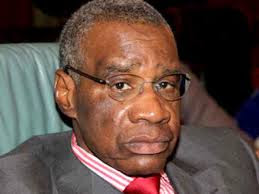 The remains of former Chief Justice of Nigeria (CJN) Justice Dahiru Musdapher arrived in Kano on Thursday, where a funeral prayer was held for the repose of his soul.


Musdapher died on Tuesday in a London hospital after protracted illness at the age 75.

The prayer was led by Chief Imam of Kano, Prof. Sani Zahradeen, at the Palace of the Emir of Kano.

The remains was later taken to his hometown, Babura in Jigawa for interment.

Others were Gov. Abdullahi Ganduje of Kano State; Gov. Muhammad Badaru of Jigawa and the Emir of Kano, Alhaji Muhammad Sanusi.

Musdapher survived by a wife, children and grandchildren.