A+ A-
Print Email
Bashir El-rufai, the son of Kaduna State Governor, Nasir El-Rufai and former aide to President Goodluck Jonathan, Reno Omokri have started a fight on social media over Olusegun Obasanjo’s statement where he advised president Muhammadu Buhari not to run for a second term. 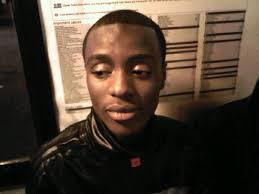 Obasanjo in the statement had also stated that those advising the president to carry on were not helping him, neither were they thinking good for Nigeria.
Governor El-Rufai, on his own had said, “We are not aware of any letter written by the former Nigerian leader. But if we grab it we will study it and see whether it affects us or not.
“We will react at the right time.”
But his son, Bashir, went ahead to attack the former military leader, saying, “Once again, Obasanjo’s Messiah Complex manifests itself. The only Saint in Nigeria.”
Infuriated by the governor’s son’s comment, Omokri wondered why he should show such disrespect, replying, “Look at son of El-Rufai insulting President Obasanjo! Like father like son. If @el-rufai, his ill brought up snake of a father, can insult GEJ when he was praying, can we expect better from the son? Yet El-Rufai complains about youths insulting him.
Angered by this, Bashir wrote, “You disgust me, so I cannot begin to exchange words with you. You are scum. You are a mistake. You are a cancerous curse to humanity and your family.”