A+ A-
Print Email
Bello Maigari, Chairman of Amansea Cattle Market, Awka South of Anambra, says his members were ready to contribute to pay all levies and taxes requested by the state government. 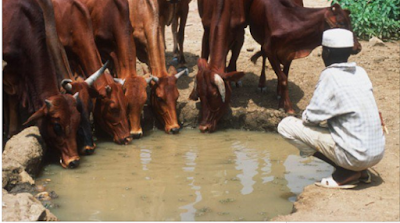 Maigari spoke on Sunday in Awka, while briefing journalists on the relationship between the cattle breeders and host communities as well as government.

He said that currently, his members only pay veterinary services levy, but noted that they were in talks with state officials to work out an internal revenue arrangement to be paid.

“We are discussing with the state government on the revenue that our members will be paying apart from the veterinary services fee we are currently paying.

“Before now, there was lots of people collecting money from cattle sellers in the states across the country, but the federal government has abolished all that.

The chairman, also the secretary of Hausa community in Anambra, disclosed that the Amansea Cattle Market had operated for about 20 years without harassment.

He said his members buy feed for their cattle instead of moving around with the cattle for grazing.

“We know that the place we are using now belongs to a family, we respect that and pay them royalty, and everyone is happy.

“At times we buy feed from the north, a bag cost N3,000 and you need three of it to feed five cows every day”.

He thanked Governor Willie Obiano of Anambra for setting up the Cow Menace Committee, which he said had contributed greatly to achieving peace in the state.

Maigari urged Obiano to help them develop the land that had been allocated to them to enable them relocate, as development was fast approaching their present market.