A+ A-
Print Email
President Muhammadu Buhari has affirmed that his government would no longer tolerate killings and kidnappings for ransom by armed gangs in the country. 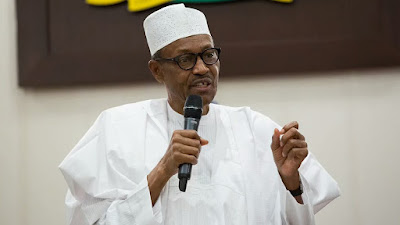 He was represented by the Minister of Interior, Abduraham Dambazau.

Buhari said, “I am very worried and saddened about the persistent killings and kidnappings happening in our country, especially the wastage of innocent lives in different parts of the country by whatever means it is done, particularly in Benue State.

“Likewise, I have directed the Inspector General of Police to relocate to Benue State to ensure that the killings are not only contained and, but, that those involved are brought to justice.

“By whatever name they are called, these acts are criminal violence in themselves even, as they are deliberate efforts to sustain fear on the citizens of our dear nation and to progressively overwhelm the rest of the country by murdering innocent citizens and destroying property of people.

“These actions amount to declaration of war on our peaceful co-existence and a deliberate attempt to undermine the authority of the Nigerian State and threaten her sovereignty and territorial integrity.

“As a responsible government, we will never tolerate or condone trouble makers, criminals and killers; they should be ready to face the consequences of their acts.”