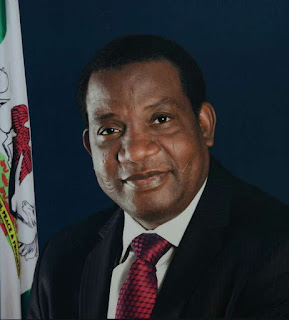 After all political permutations, Plateau State governor, Simon Lalong, on Friday formally opened up and rejected the proposal by the Federal Government for cattle colonies.


He also described as “false, malicious and highly mischievous”, reports in the social media that he had carved out parts of Riyom, Barkin Ladi and Bokkos Local Government Areas for the creation of cattle colonies.

Lalong is said to be a strong ally of President Muhammadu Buhari and had has never criticised his government or any of his wrong policies.

Political pundits say his support for the President was a ploy to get favour and give him automatic ticket for reelection in the 2019 governorship election.

Lalong in a Government House statement by his Special Adviser, Media and Publicity, Dan Manjang, advised all peace-loving citizens of Plateau State to “discountenance such mischievous information” and gravitate towards issues of unity, rather than those that divide them.

The statement reads: “The attention of the Executive Governor of Plateau State, Rt. Hon. Simon Bako Lalong has been drawn to the news making the rounds, particularly in the Social Media that parts of Riyom, Barkin Ladi and Bokkos LGAs have been carved out for the creation of colonies for cattle, in fulfilment of his promises to the Fulani who have pressured him, to either cede those areas or he faces the other side of their viciousness which may cost his aspirations.

“The Governor herein after state unequivocally that this thinking is not only the figment of the imagination of its authors, who want to make political capital out of it, but false, malicious and highly mischievous.

“Governor Simon Bako Lalong has and does not contemplate such action and he further call on all good citizens of Plateau to bury such imagination of these elements bent on throwing the State into confusion. Cattle colonies are not in the imagination of Governor Lalong.

“Consequently, the Governor urge all peace loving citizens of Plateau State to discountenance such mischievous information but to gravitate towards issues that unite us rather than those that divide us.”