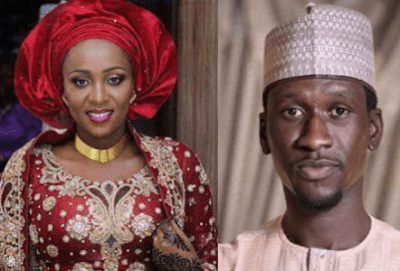 Justice Yusuf Halilu of the Federal Capital Territory High Court in Jabi, Abuja, yesterday refused the oral application for bail made on behalf of Maryam Sanda, and ordered her returned to Suleja prison pending her re-arraignment next Thursday.


“I will not grant her bail; all arguments about her bail shall be taken together at the next adjourned date when other co-defendants will be in court. Therefore, the defendant shall be taken back to prison, he said.

At the last adjourned date, the FCT Police Command, in a two-count charge, accused Maryam, daughter of a former Executive Director of Aso Savings and Loans, Hajiya Maimuna Aliyu Sanda, of killing her husband, Bilyamin Bello, the son of Alhaji Bello Haliru Muhammad, a former chairman of the Peoples Democratic Party (PDP).

The police said Maryam caused Bello’s death “by stabbing him on the chest with a broken bottle; this you did with the knowledge that your act is likely to cause his death.”

Upon her arraignment on November 24, the court ordered that she be remanded in prison after she pleaded not guilty to the charges.

But yesterday, Police Prosecutor James Idachaba told the court of an amended charge before the court, which added Maryam’s mother, Maimuna Aliyu, and two others, as defendants.

He, however, said efforts to serve Maimuna and others were unsuccessful, urging the court to adjourn till next Thursday to enable the police bring all defendants to court to take their pleas.

Maryam’s new lawyer Chief Joseph Daudu (SAN) urged the court to listen to the bail application filed on her behalf.

He also made an oral bail application, pleaded with Justice Halilu to release Maryam on temporary bail, saying the prison condition was unwholesome for Maryam’s six-month-old baby.

“It is unfortunate that a life has been lost already, but we should not take more lives,” he pleaded.

But with another objection by the police prosecutor, Justice Halilu held that he is not disposed to grant the oral application since issues have been joined on the formal application for bail.

But Justice Halilu ruled in favour of the prosecutor, saying the bail would be taken after the re-arraignment.

“The defendant, in the mean time, shall be returned to the prison pending Thursday, December 14,” the judge said.

He earlier ordered Maryam’s daughter, who is in the custody of a relative, taken out of court for crying.