A+ A-
Print Email
G-Worldwide Entertainment, the former record label of Kiss Daniel, says it has obtained a court order restricting him from using his stage name or any of the songs recorded in the last four years. 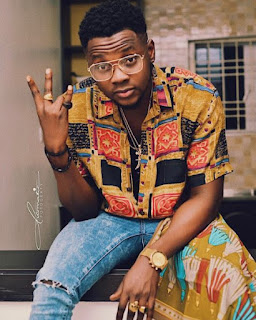 The singer recently exited the label after four years, after which he set up an independent imprint called ‘Flyboy INC’.

According to G-WorldWide, the court order was issued by the federal high court, Lagos.

In a statement on Tuesday, the record company said: “Anidugbe executed a 7-year recording and artiste management contract with the company in 2013 and which contract is still subsisting.

“Contrary to the express provisions of the contract, Anidugbe has taken steps to appoint a new manager, solicited for bookings, and has continued to negotiate and enter performance agreements in respect of the songs from the album NEW ERA, and EVOLUTION which is set to be released soon containing songs such as Yeba, For You, Senorita, Sofa and others, both produced under the contract, including using the stage name ‘Kiss Daniel’ without the company’s prior consent and permission.”

The label said the “upload, distribution, and or performance of any of the songs, as well as the use or exploitation of the name Kiss Daniel can only be done with its “prior written consent and permission”.

G-Worldwide said it has obtained a court order restraining the artiste from the “unauthorized upload, distribution, performance, sales and use of songs” from his two albums.

The record company also said the singer can no longer use his stage name until the matter is resolved.