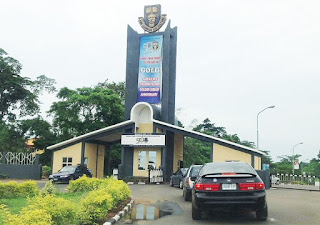 The Parliament of the Obafemi Awolowo University Students’ Union has impeached the President of the Union, Oyekan Ibukun Edwards.

This resolution was reached by the parliament at a sitting which held in Awolowo Café of the University’s Awolowo Hall of residence on Saturday November 4.

The Parliament impeached the President on the grounds of alleged gross misconduct which included his alleged involvement in the attack on students last Wednesday.

Their suspension is meant to last for two weeks. The Parliament also prohibited absent parliamentarians from attending two subsequent sittings.

The sitting had in attendance 52 parliamentarians at which 37 voted for the impeachment of the Union’s President, while the remaining parliamentarians abstained from voting.
In an interview with our correspondent, a member of the OAU Students’ Union Parliament, Odetoyinbo Fiyin commended the resolutions of the Parliament.

He said the resolutions of the Parliament to impeach the President and the suspension of absent parliamentarians, and other two Union executives amounted to victory for the students.

“I strongly believe that the impeachment of the President has been lingering for a long time. He has committed so many misconducts, he is also known for absconding congresses I can go on and on,” Fiyin stated.

Another parliamentarian identified as Honourable Saheed said “The President was suspended by the Parliament because of his involvement in a cultist attack which happened recently. The President did call a sitting on Wednesday and at a point during the course of the sitting, cultists came to attack students and the Union bus conveyed the alleged cultists in and out of the university’s premises.

“The President is the custodian of the Union bus which is a non-commercial bus, so he definitely knows about the attack because the keys of the Union bus are kept in his custody,” Saheed stated.
The Clerk of the Union, Hon. Tosdam, while speaking with our correspondent said that the President had to be impeached because he has committed several offences and that his involvement in the cultist attack of November 1, 2017, is prime among such deeds.

“The President was alleged to have invited cultists to come to attack students in a parliamentary sitting that he did call, which held Wednesday, November 1. The cultists who came to attack our students were conveyed to and fro the university campus with the Union bus and he masterminded the attack. This is an archetype that cultism is likely to return and history should not be allowed to repeat itself. The resolution of the parliament as regards the impeachment of the union is valid and there is no going back,” Tosdam said.

Falayi Temitope, the speaker of the Union told our correspondent that the impeachment of the Union President was well-deserved.

“The President of OAU students’ union has been impeached. He was impeached on the grounds of gross misconducts which included his involvement in an attack on students.”

” Mr. Oyekan Ibukun Edwards was impeached as OAU students’ union President because he cannot be trusted on matters as regards students’ security; he allowed students to be beaten blue black by cultists who were conveyed to and fro the university premises in a bus which was meant to be in the custody of the president. He did invite the cultists that came to attack students at the university students’ union building on November 1st, 2017, ” he stated.

However, the embattled President in a statement rejected his impeachment and the suspension of two union executives, claiming it was a “kangaroo impeachment.”

The statement reads in part, “My attention has been drawn to news flying around social media that the president has been impeached, the Secretary General and Public Relations Officer of the union have been suspended for two weeks. May I use this medium to inform you all that it is not true and not in tandem with the sacrosanct Constitution of our Union”.

With the resolution of the Parliament, the Union’s Speaker, Falayi Temitope, automatically assumes the position of the Presidency due to the vacancy of the office of the Union’s Vice-President.
The erstwhile vice-president had been suspended by the management of the University.