Fani-Kayode reacts to Mugabe’s refusal to step down

A+ A-
Print Email
Former Minister of Aviation, Femi Fani-Kayode has hailed the courage of embattled Zimbabwe President Robert Mugabe. 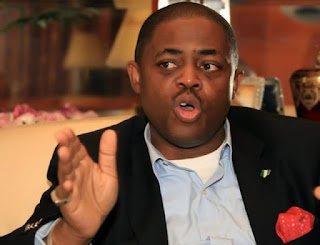 The 93-year-old president, who has being under intense pressure to resign, failed to handover power after a military coup earlier toppled his government.

But in his speech from State House office, sitting alongside top generals, Mugabe acknowledged criticisms from ZANU-PF, the military and the public but made no mention of his own position.

Mugabe said, “Whatever the pros and cons of how they (the army) went about their operation, I, as commander-in-chief, do acknowledge their concerns,” said Mugabe.

“We must learn to forgive and resolve contradictions real or perceived in a comradely Zimbabwean spirit,” he added.

Reacting via a tweet on Sunday, Fani-Kayode said, “Robert Mugabe is one hard nut to crack. He ain’t going nowhere anytime soon.

“Like or dislike him, for a 93 year old man to call the bluff of the military and his would-be usurpers whilst they were sitting right next to him on national television is deeply courageous. RESPECT!”