A+ A-
Print Email
Former Minister of Finance, Ngozi Okonjo-Iweala, says Nigeria and other countries can fight corruption through strengthening institutions and incentives which could help shape the behaviour of people. 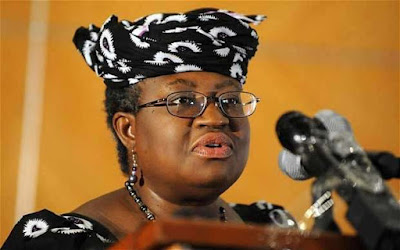 Okonjo-Iweala said this during a panel discussion tagged, “Fighting corruption’’ at the World Bank/IMF headquarters in Washington DC, United States, US.

She noted that the introduction of technologies in the financial administration would help checkmate corrupt practices.

According to Okonjo-Iweala, “In terms of the fight against corruption, incentives and institutions matter. My experience has been that people in one place are no more corrupt than the other; but if the institutions are not there or they are very weak, then the incentive to be corrupt is stronger.

“So, if you have a financial management system that is still cash-based, you open the door for people to manipulate or be able to intrude into the system.

“If you can introduce more technology, if you can have systems and processes that guide government, if you can make e-procurement, the more of that you can build institutionally, and strengthen the institutions and then have the institutions of the rule of law alongside that, I think the more you will be able to fight corruption. We really need a systematic plan about fighting corruption.”

She added, “The bid stories about scandals about corruption are really what people want to read. But actually, fighting corruption and putting those systems in place are very ‘unsexy’; it takes time. It took us 10 years to try and build the Government Integrated Financial Management System in Nigeria, to get way from cash-based transactions.

“When you say the Government Integrated Financial Management System, it is so boring; nobody wants to hear. But that is what needs to be done. So, that is my one mantra. I think it is all about strengthening institutions.