A+ A-
Print Email
The All Progressives Congress (APC) has said that Nigeria’s former Head of State, Yakubu Gowon’s sacrifice and dedication during the Biafra civil war ensured that the unity and statehood of the country was not destroyed. 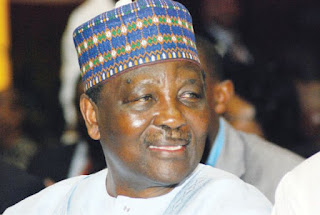 The Party said this in a statement issued on Thursday by its National Publicity Secretary, Bolaji Abdullahi, to felicitate with the elder statesman on the occasion of his 83rd birthday.

According to the APC, Gowon will remain a symbol of national unity and a voice of caution and restraint in the national conversation about the direction of the country.

The statement reads: “The All Progressives Congress (APC) felicitates with Nigeria’s former Head of State, Gen. Yakubu Gowon on the occasion of his 83rd birthday.

“The Party notes that His Excellency, Gen. Gowon continues to be a symbol of national unity and a voice of caution and restraint in the national conversation about the direction of our country.

“The Party recalls with fondness Gen. Gowon’s sacrifice and dedication as Head of State during Nigeria’s civil war which led to the preservation of our statehood. After the war, his efforts towards peace building, national reconciliation and reconstruction demonstrated that he was a detribalized leader committed to the wholesome growth and development of the country.

“Today, Gen. Gowon is still one of the greatest champions of Nigeria’s unity, leading the Nigeria Prays movement, a body committed to the peace, prosperity and well-being of Nigeria.

“Gen. Gowon is, no doubt, a true statesman and source of inspiration to us all, especially at a time when the sovereignty and integrity of our nation are being threatened by insurgency and separatist agenda.

“The Party appeals to Nigerians to emulate the sacrifice, zest and patriotism of Gen. Gowon, by promoting the unity of Nigeria through their words and deeds. We should also imbibe values such as compromise and reconciliation, which Gen. Gowon has passionately lived for and promoted after the civil war.

“As Gen. Gowon marks his birthday, the Party wishes him more joyful years ahead, filled with peace and good health.”