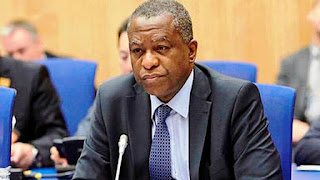 Nigeria has demanded the reform of the Bretton Wood Institutions to make them responsive to the needs of developing countries and also reflect the realities of the 21st century.


The Minister of Foreign Affairs, Geoffrey Onyeama, stated this at the 41st Ministerial Meeting of the Group of 77 plus China (G77+China) on the sidelines of the UN General Assembly.

The G77 is a coalition of developing nations at the UN that promotes its members’ collective economic interests and create an enhanced joint negotiating capacity in the UN.

The Bretton Woods Institutions are the World Bank and the International Monetary Fund (IMF), established at a meeting of 43 countries in Bretton Woods, New Hampshire, USA in 1944.

Onyeama commended the G77 for its role at shaping global discourse on the implementation of the Sustainable Development Goals (SDGs) through a collective and robust engagement.

World Bank and IMF are seen as wielding tremendous power and influence, but exclude the voices of developing countries most adversely affected by financial and trade policies.

“Equally important in the international development strategy is the need for a reform of the governance structure of the Bretton Wood Institutions.

“Not only should they be made more transparent, consultative and inclusive but also they should be more responsive and appreciative of the peculiar needs of developing countries.

Onyeama said the group, to which all the African countries are members, is a formidable group within the international system.

“We echo one another in our conception, aspirations and desire for a world that is just, fair, inclusive and tolerant.

“The G77 should not relent in its demand for a more equitable international trading system as trade is an essential tool for economic development.

“It is, therefore, imperative that the global community should, as a matter of urgency and fairness, address factors responsible for trade imbalance between the North and South.

“Such as the protectionist measures and barriers to trade policies of developed countries. Nigeria joins others to underscore the necessity for the timely conclusion of the DOHA Round of multilateral trade negotiation.”

Onyeama said Nigeria was pleased with the role of the G77 at curbing illicit financial flows and the enhancement of asset recovery.