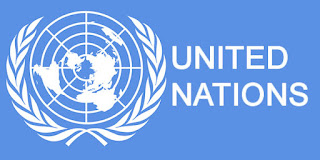 The United Nations has fully resumed its humanitarian operations in Borno State after last Friday’s suspension of activities in protest against raid of its humanitarian base camp in Maiduguri by the military.


UN Deputy Coordinator for Humanitarian Affairs, Peter Lundberg, gave indication about the resumption of activities yesterday when he received Governor Kashim Shettima at the raided UN camp for a joint briefing.

He said:  “I am very pleased to report that our relationship of collaboration and trust is intact, and at this stage, we are focused on the work ahead to ensure that the millions of vulnerable people in the North East are supported with life-saving humanitarian aid.” Lundberg said the UN was providing food to two million persons affected by the Boko Haram crisis every month.

According to him, the global body is also providing seeds, tools and fertilizers to about 1.2 million people every month.

“Responding to the humanitarian needs of millions of people in the North East remains our priority and our focus, each and every day.

He revealed that the UN had received less than 50 percent of what it wanted from generous international donors to help in addressing critical humanitarian needs in Nigeria.

In his remarks, Governor Shettima said the issue revolving around the military raid had been resolved.

He recalled that following the incident, he had convened an emergency security meeting which was attended by the heads of the military and the UN Deputy Humanitarian Coordinator, Mr.Peter Lundberg, during which all matters were resolved at Government House on Friday.

The governor said:  “Yesterday’s (Friday) incident was a regrettable 24-hours setback   on our well established relationship with the UN. We were quick to take steps in rebuilding our partnership with the UN.

‘’As chairman of Borno State Security Council, I immediately convened a security Council meeting at the Government House, here in Maiduguri yesterday and my good friend, the deputy humanitarian coordinator, Mr Peter Lundberg, was in attendance and so were the General Officer Commanding the 7th Division of the Nigerian Army, the State Commissioner of Police and the State Director of the Department of Security Services, the Attorney General and Commissioner for Justice, and the Deputy Governor of Borno State.

‘’We discussed all the issues and reaffirmed our joint agreement concerning the sincere role of the UN, the sanctity of their premises and workers in line with international best practices.

‘’ I was on phone with my sister, Her Excellency, the Deputy Secretary-General of the United Nations, Mrs. Amina Mohammed, who understandably had some concerns. I reassured her of our commitment to safeguarding humanitarian workers with the UN and all partners.

‘’The fact is that the military has had a good collaborative relationship with humanitarian actors in Borno State. The military has been playing an important role in escorting humanitarian workers particularly those conveying food and medical supplies to displaced persons in satellite camps outside Maiduguri.

‘’Yes, there was a problem yesterday but what is important is that we have all gone beyond that phase. In Borno today, what connects my Government, the military and the UN is the challenge of humanitarian needs created by the Boko Haram insurgency.