As It Happened: Tottenham 2-0 Arsenal 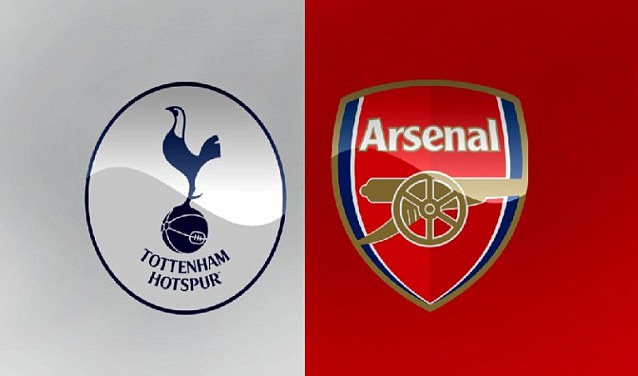 Hello, and welcome to Nigerianeye's live coverage of the North London derby between Tottenham Hotspur and Arsenal.


With beginning the day with a four-point deficit to Premier League leaders Chelsea, Spurs are aware that they need to get the better of their fierce rivals for more reasons than those associated with bragging rights.

As for Arsenal, Manchester United's 1-1 draw with Swansea City earlier today has opened the door for the club to move back ahead of one of their rivals for a top-four place in the standings.

However, like opposite number Mauricio Pochettino, Arsene Wenger is aware that only a win will benefit his side ahead of the closing weeks of the campaign.

The full-time whistle goes at White Hart Lane and Spurs have registered a largely dominant 2-0 win over Arsenal. Pochettino's side were impressive today and it confirmed the power shift which has occurred in North London. Arsenal's run of three successive wins has come to and end, and more doubts will be placed upon Wenger's future at the club after a poor performance from his team. Thanks for joining our live coverage of the match!

90+1 min SUBSTITUTION! Pochettino takes the chance to give Alli a rest for the final few minutes, with Moussa Sissoko coming on in his place.

90 min There will be four minutes of added-on time.

86 min CHANCE! Big chance for Walcott who gets a first-time shot on goal but it lacks power and is too close to Lloris. Arsenal are still pressing but they need something extraordinary now.

79 min SUBSTITUTION! It is time for Pochettino to make his first alteration with Mousa Dembele replacing Son.

78 min SAVES! Cech has been superb for Arsenal this afternoon. Moments after getting in the way of a Kane effort, he has just pulled off a world-class save to prevent Alderweireld's header from finding the top corner.

76 min BOOKING! Arsenal are starting to lose their discipline. Monreal goes in late on Kane and is deservedly booked.

75 min SUBSTITUTION! A second alteration for Arsenal and Hector Bellerin has been introduced for Gabriel.

73 min BOOKING! Now Giroud does something similar and is also booked. Again, for me, never a booking.

72 min BOOKING! Kane now goes into the book after jumping too aggressively with Gabriel. Never a booking.

70 min BOOKING! Gabriel goes into the book for a late challenge on Alli. Easy decision for the referee.

68 min Spurs should have been awarded a second penalty. Son attempts to take the ball past Sanchez, who sticks his hands up, but bizarrely, neither referee or assistant give the spot kick. From the resulting corner, Kane glanced a header into the side-netting.

67 min SHOT! It is one-way traffic again. Vertonghen nearly scores a bonafide screamer from just over 20 yards out, but Cech tips the ball over the crossbar.

65 min SUBSTITUTION! Wenger makes his first change and it is a positive one. Danny Welbeck has been introduced for Xhaka.

63 min SHOT! Arsenal could do with something special from Sanchez but his left-footed strike on this occasion is too close to Lloris.

61 min In all fairness, Arsenal have responded well since going behind but you have to wonder whether the damage has already been done. If Spurs get a third, it is definitely over. Spurs are closing in on ensuring that they finish above Arsenal in the Premier League table for the first time since 1995.

58 min Just like that, it is 2-0 to Spurs! Alli and Eriksen combine for the Dane to see a shot saved by Cech. However, the ball falls to Alli who converts the rebound from eight yards, with Oxlade-Chamberlain making a very half-hearted attempt to keep it out.
Moments later, Kane was fell by Gabriel in the penalty area and it is a stone-waller. Kane got up and produced almost the perfect penalty into the bottom corner. Cech didn't dive but he had no chance.

52 min SHOT! Now it is Arsenal's turn to threaten a goal. From a corner, the ball falls to Giroud to get a volley on goal but he sends his attempt high over the crossbar.

51 min SHOT! Kane should probably pass to Alli but instead, he shoots on goal from 25 yards with his left foot, which is straight at Cech.

49 min CHANCE! From the resulting corner, Arsenal are half-asleep and Eriksen's quick corner finds Son, who swipes the ball into the side-netting from around 12 yards out.

48 min SAVE! It has been a bright start to the second half from both teams but it is Spurs who nearly take the lead. The ball fell invitingly to Wanyama on the edge of the penalty area but his goalbound strike was tipped over by Cech.

46 min Arsenal get us back underway.


The half-time whistle goes at White Hart Lane and we remain goalless, despite a relatively entertaining 45 minutes of football. There is no doubting that Spurs should be ahead, but Arsenal deserve credit for hanging in there. Both teams need a win, but will we get a victor?

45+2 min SHOT! Vertonghen hasn't got the strongest right foot but he almost finds the bottom corner with a shot from 20 yards. I think Cech had it covered from the moment it left his boot but it was a very respectable attempt.

45 min There will be three minutes of added-on time.

44 min SHOT! As we approach half time, Arsenal are starting to come more and more into this match. Sanchez has just curled the ball marginally wide of the far post from an acute angle. Pochettino has reason to be concerned because Spurs haven't capitalised on their earlier dominance.

41 min Ozil comes in for his fair share of criticism for his work-rate and I can see why. He has just let Wanyama run from centre midfield to receive a pass inside the penalty area but fortunately for the German playmaker, the Spurs player can only slice his shot, or cross, behind for a goal kick.

39 min SHOT! Out of nowhere, Arsenal almost take the lead through Ramsey, whose curling effort towards the far corner is parried behind for a corner by Lloris. Ramsey thought that was heading in.

37 min More patient build-up from the home side who are toying with Arsenal to a certain extent. The visitors just aren't in the game and are fortunate to be on level terms. Remember, a draw isn't necessarily a good result for the Gunners.

33 min Xhaka is back on but he is running with a limp. Looks like he will be given a chance to run the knock off.

32 min It looks like Arsenal may be forced into an early change. Xhaka is currently on the floor and looks resigned to the fact that he may have to come off.

28 min We are not through a third of this match but Spurs look a class above Arsenal so far. There has definitely been a power shift in North London. However, will Spurs be made to rue those two huge opportunities?

25 min CHANCE! This is not a sitter, but it is a big, big chance. Son nutmegs Oxlade-Chamberlain on the touchline before seeing his shot deflected into the path of Eriksen. The Dane takes it on the volley from six yards out but it clips the top of the crossbar and goes over.

22 min CHANCE! How has Alli missed this?! He is under pressure from Oxlade-Chamberlain but by his own standards, it is a sitter. Kane's deflected cross found his teammate at the back post but from three yards out, he headed wide.

20 min Not a lot more to add on this one. Arsenal are slowly but surely getting to grips with the pace of the game but they have offered little in the final third, aside from when they were gifted a chance by their opponents. We are yet to see anything from Ozil or Sanchez.

16 min That near miss for Spurs has led to any complacency disappearing. They have quietened things down and are more intent on keeping hold of the ball rather than bringing their forward players into play.

12 min This is a big interception from Lloris. Spurs gifted Arsenal the ball as they overplayed in their own final third and the visitors almost took full advantage through Gibbs, but Lloris, crucially, got a hand to the ball before the left wing-back could take the ball around him.

10 min Spurs haven't been totally dominant during these opening 10 minutes but they haven't been far off. So far, Arsenal's 3-4-2-1 formation isn't troubling them whatsoever.

6 min CHANCE! This a chance for Alderweireld, although a tough one at that. Eriksen's corner found the Belgian at the near post but he could only glance his header over the crossbar.

4 min It is Spurs with all the early possession in this one but when Arsenal do have the ball, they are looking to go from A to B much faster than usual.

1 min SHOT! Kane needs less than a minute to force Cech into a decent save down to his left. The angle was against him but there is no doubt that his strike from 10 yards was finding the bottom corner had the goalkeeper not intervened.

1 min Spurs get us underway at White Hart Lane.