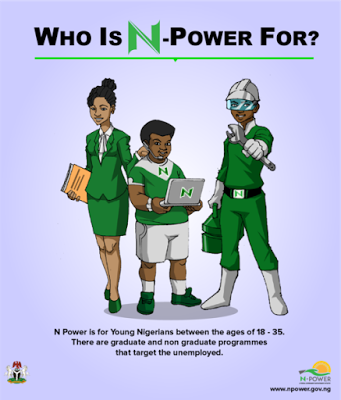 The Federal Government has denied reports that its has reopened the N-Power portal for new applicants. The Senior Special Assistant on Media & Publicity to the President, Laolu Akande made this known in disclaimer on Tuesday. He said the reports circulating especially on the Social Media that new N-Power applications are now being is false and fraudulent.

‘Our attention has been drawn to false and fraudulent reports circulating especially in the Social Media that new N-Power applications are now being received on the N-Power portal.

There are also equally false reports and claims about an unauthorised request for vital personal information of beneficiaries on web portals not known to the Presidency or any arm of the Federal Government. ‘Nigerians, especially beneficiaries and potential beneficiaries of the N-Power Volunteer Corps should ignore such reports emanating from fake sources and outlets and only relate with bonafide presidency and FG sources and web portals.

For the avoidance of doubt, legitimate communication about the N-Power is done through selection@npower.gov.ng or the relevant Focal Persons appointed by each of the 36 States and the FCT. ‘Any information that does not emanate from this identified sources or directly from the Presidency should be simply and outrightly dismissed.

‘In due time, we shall announce information regarding the Buhari administration’s plan to ramp up the number of N-Power beneficiaries from the current 200,000 to 350,000 under the 2017 budget proposals now before the National Assembly.’