Shell’s profit after tax more than doubled in 2016 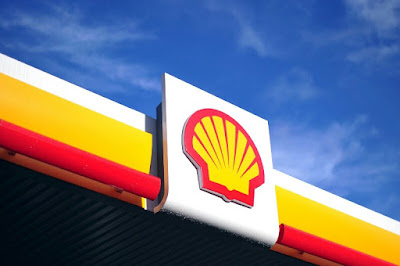 Royal Dutch Shell on Thursday said profit after tax more than doubled in 2016, helped by recovering oil prices in the fourth quarter.


Net profit for the full year came in at $4.58bn compared with $1.94bn for 2015, the Anglo-Dutch energy giant said in an earnings statement.

The earnings take into account also the integration of smaller British rival BG Group, which Shell acquired one year ago in a mega takeover.


Shell’s profit adjusted for exceptional items and the changing value of oil and gas inventories however fell eight percent to $3.53bn in 2016.

Shell last year bought BG in a deal worth around $68bn at the time in order to strengthen the Anglo-Dutch group’s position in the liquefied natural gas market.

But Shell on Thursday noted that in the fourth quarter of last year, “the impact of higher oil prices was more than offset by the decline in LNG prices”.

Oil prices have rebounded sharply in recent months to back above $50 thanks to a deal by OPEC and non-cartel members to limit output.
Prior to the agreement, crude markets slumped over a period of around two years on a global supply glut, hitting 13-year lows under $30 a barrel at the start of 2016.

To offset that slump in oil prices and following its huge outlay to acquire BG, Shell decided to embark on a cost-cutting programme that will see it eventually offload $30bn of assets.

The latest divestment was announced Tuesday, when Shell said it had sold North Sea and Thai energy assets for $4.7bn in a bid also to reduce debt.

“We are gaining momentum… and we are on track to complete our overall $30bn divestment programme as planned,” Royal Dutch Shell chief executive Ben van Beurden said in Thursday’s statement.

Shares in Shell rose in reaction to the updates to stand up around 2.5 per cent in London afternoon deals.

“It looks like Shell has weathered the storm of plummeting commodity prices, while maintaining its legendary record of not cutting a dividend since the end of World War 2,” said Laith Khalaf, senior analyst at stockbrokers Hargreaves Lansdown.

“Indeed UK shareholders have seen a nice jump in their income stream, thanks to the declining pound and the fact that Shell posts its dividends in dollars.”

Khalaf added that a rebound in oil prices had also helped to improve the outlook for Shell shareholders.

“Though they will be keen for more cuts to the debt burden, and to see the acquisition of BG really start to pay off.”