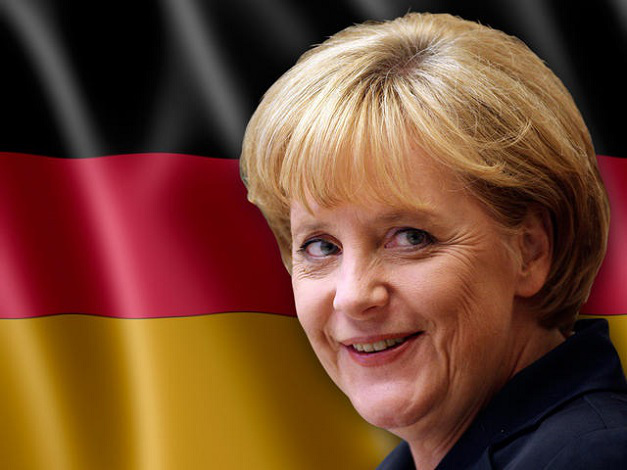 German Chancellor Angela Merkel announced late on Sunday that she will run for a fourth term in office in general elections next year in order “to serve Germany … in these difficult and uncertain times.” Support for the 62-year-old Christian Democrat (CDU) – who has been in power since 2005 – has waned over the past year amid fierce criticism of her handling of the refugee crisis and the rise of a right-wing populist movement.


A dominant figure in European politics with no clear domestic rival for the chancellorship, Merkel is seen as a strong contender to win another term, which would make her one of the longest-serving chancellors in German history.

In a scheduled press conference widely expected to address the speculation surrounding her political future, Merkel said the upcoming general election would be “more difficult than any before.” German society was facing strong polarization and the political centre was facing “challenges from all sides,” she said. She said she was honoured by high expectations of what she could achieve in a possible fourth term – especially since a surprise election win for Donald Trump gave a boost to political outsiders – but said such hopes were “grotesque and downright absurd.”

The CDU’s grand coalition partner, the Social Democratic Party (SPD), has not yet put forward a candidate for the chancellorship. Thomas Oppermann, head of the SPD’s parliamentary group, told dpa earlier, after she had revealed her decision to her own party: “The parliamentary election is up for grabs. Angela Merkel is no longer invincible.” Fifty-five per cent of Germans said they want to see a continuation of Merkel’s time as head of government, while 39 per cent wanted a new leader, according to an Emnid poll commissioned by the Bild tabloid on Sunday. Merkel’s candidacy comes against the backdrop of political turbulence across Europe, especially in the wake of Britain’s decision to leave the European Union, and as growing populist movements siphon off support from the political centre ground.

Trump’s victory in the US election and the imminent departure of Merkel’s close ally, Barack Obama, also reheated speculation on the future of the German leader. A chancellor can serve a maximum of four years in office. CDU co-founder Konrad Adenauer held the position for 14 years, with Merkel’s one-time mentor, Helmut Kohl, holding the record at 16 years in power.

The German constitution does not limit the number of terms that a chancellor can serve.