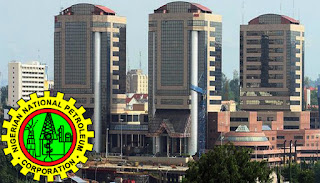 The Nigerian National Petroleum Corporation, NNPC, yesterday, painted a gloomy outlook for Nigeria’s economic fortunes, as it disclosed that the country’s crude oil and gas reserves were fast depleting.

The NNPC in a statement in Abuja, therefore, begged oil and gas exploration companies, professionals and other stakeholders to focus on increasing the nation’s oil and gas reserve base to match national aspirations to increase oil production.

Group Managing Director of the NNPC, Mr. Maikanti Baru, who disclosed this when the Nigerian Association of Petroleum Explorationists, NAPE, hosted him in Abuja, also expressed readiness of the NNPC to partner with stakeholders in the oil and gas industry to grow the nation’s fast depleting reserves in order to increase productivity in the petroleum sector.

He said: “Our national gas demand forecast to year 2020, domestic plus export, indicates a rapid growth to 15 billion Standard Cubic Feet per day (bscfd), meaning current reserves level can only sustain that production for 35 years, if we do not increase the 2bscfd gas reserves base which require three trillion cubic feet (tcf) to replace production yearly.”

He further lamented that less than three per cent of all oil wells drilled in the Niger Delta Basin, both onshore and swamp, were deeper than 15,000 feet, adding that a greater number of these wells had not gone beyond the 10,000 feet as a high pressure regime seemed to be a limiting factor. However, he stated that “some of our earlier drilled non-commercial holes could be turned around if we deploy requisite technologies; we need to change our perspective of risk as technology is advancing.”

Baru further explained that the 2016 national average oil production of 1.9 million barrels was low, partly due to oil infrastructure vandalism.

He stressed the need for stakeholders to share data and use common available resources to reduce cost of operations in the area of rig-sharing, vessel sharing and synergy in projects development, adding that this had become even expedient in this era of low oil prices and security challenges. On frontier exploration, Baru said the NNPC was progressing in exploration efforts in the Chad Basin, the Benue trough and other frontier basins to shore up the reserve base of the country. In his own presentation, NAPE President, Mr. Nosa Omorodion, said the association was ready to support NNPC in its drive to grow reserves towards increased production in all the frontier basins.