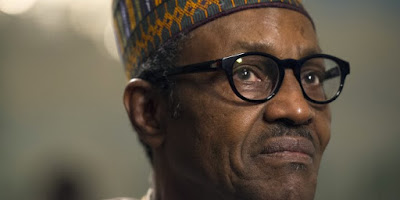 All is set for the trial of about 100 Independent National Electoral Commission(INEC) officials who allegedly collected over N23.29b bribe to influence the 2015 general election.


The Acting Chairman of the Economic and Financial Crimes Commission (EFCC), Mr. Ibrahim Magu and the INEC Chairman, Prof. Mahmood Yakubu, have met on the list of those indicted in the scam, the investigative report and how to go about the trial.

The INEC chief, promised that the indicted officials will immediately undergo an internal disciplinary process before being handed over to the EFCC for prosecution.

But Yakubu said the law does not allow him to take a disciplinary action against the two Resident Electoral Commissioners,Gesil Khan and Mr. Slyvester Ezeani, who were implicated in the scandal, because they are appointees of the President. They can be disciplined only by President Muhammadu Buhari.

The EFCC has decided to refer the two RECs to the President to determine their fate.

The EFCC has been investigating the bribe, which was allegedly facilitated by a former Minister of Petroleum Resources, Mrs. Diezani Alison-Madueke.

About four oil firms, some directors of some oil companies, two banks and some politicians are under probe for their roles in the scandal.

From the EFCC’s findings, the two RECs, 16 INEC directors and 82 others were allegedly involved in the scam.

Many of the indicted INEC staff and politicians have owned up and refunded huge sums of money to the EFCC.

Some choice assets belonging to the officlas have been placed under Interim Asset Forfeiture until the determination of cases against them.

A source in the EFCC, who spoke in confidence, said: “We are closer to the trial of INEC officials implicated in the scandal. The EFCC chairman and INEC chief have met at the office of the anti-graft agency on the report and the list of those to be investigated already sorted out at the meeting.

“One of the key decisions at the meeting is the need to subject the indicted officials to internal disciplinary action before the EFCC can charge them to court. The INEC chairman, it was learnt, made a commitment that the electoral body would expedite action on the disciplinary procedure.

“After the internal disciplinary measures, INEC will then forward its decision to the EFCC to pave the way for the trial of the affected officials.”

The source added: “Based on the mode of appointment of RECs, the INEC chairman said only the President could exercise disciplinary control on them because they are his appointees.

(1) “ The chairman and members of the Commission shall each hold office for a period of five years and on such terms and conditions as may be specified in their letters of appointment.

(2) “ A member may at any time be removed from office by the President for inability to discharge the functions of his office (whether arising from infirmity of mind or body or any other cause) or for any act of misconduct but shall not be removed from office except in accordance with the provisions of this subsection.

(3) ”A member may resign his membership by notice in writing addressed to the President and that member shall, on the date of the receipt of the notice by the President, cease to be a member.”