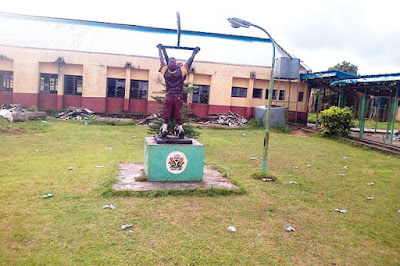 Four pupils, teacher and Vice-Principal of Lagos State Junior Model College, Igbonla, Epe area, who were kidnapped by gunmen six days ago, have regained their freedom.

Our correspondent learnt that the six victims were freed around 11pm on Tuesday.
It was gathered that apart from the family of the schoolboy who reportedly fell sick who paid a ransom of N1m on Tuesday afternoon, other families had yet to pay any ransom.

The Rapid Response Squad of the Lagos State Police Command confirmed the release on its Twitter page, saying “the victims were all hale and hearty.”

A parent of one of the victims also confirmed that his boy had reunited with him.

It had been reported that the attackers, comprising five men and a woman, at about 8am on Thursday, stormed the school and abducted the pupils, identified as Isaac Adebisi, Okonkwo Emmanuel, Abu, and Jeremiah; the English Language /Civic Education teacher, Lukman Oyerinde and the Vice-Principal, A.O Oyesola, were taken away by the assailants.