FG spends N720.5bn to drag Nigeria out of recession

6:59 AM CuteNaija 0 Latest News in Nigeria 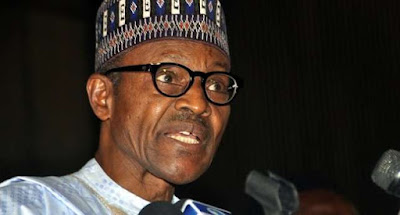 “I believe that this recession will not last. Several hundreds of thousands of (unemployed) workers will be re-engaged in the next few months as our public works program gains momentum,” Buhari said in a televised speech marking the Nigeria’s independence day. Buhari also said the government has been negotiating to end militant attacks on oil and gas facilities in the Niger Delta, but would not be intimidated by armed groups.


He said oil production had temporarily dropped to less than one million barrels a day, down from 2.2 million bpd, due to militant attacks, but he did not say how much current output was. Buhari also reiterated that government wanted to repair the country’s four refineries to end costly fuel imports. He assured that the naira exchange rate to the dollar would stabilize, after dropping to record lows due to a “critical” shortage of hard currency amid low oil prices.

Meanwhile, crude oil production has not been affected by an explosion reported near Warri refinery on Thursday, according to the Nigeria Union of Petroleum and Natural Gas Workers (NUPENG). The explosion heard by locals late on Thursday follows a series of attacks on oil and gas facilities in the Niger Delta by militants that have cut the country’s crude oil production by about a third.

“No one has been able to pinpoint the explosion but there was a big bang around Warri axis yesterday. For now no production is affected,” Cogent Ojobor, zonal chairman of NUPENG said on Friday. The Nigerian navy said the blast was caused when its officers foiled an attempt to attack energy facilities. “Our men fired at a boat that was suspected of carrying explosive materials,” said navy spokesman Joseph Dzunve, adding that the gunfire was likely to have hit the explosives.

This is coming against the background of India’s plan to buy more crude oil from Nigeria. India’s Vice President, Hamid Ansari, was quoted during a visit to Abuja last week that “his country, which is the leading buyer of Nigeria’s crude oil, will increase its purchase of the commodity in addition to natural gas”. Nigeria’s 2016 budget was the largest in the nation’s history, but an oil price drop and militant attacks on oil pipelines in the Niger Delta have left the government scrambling for funds.