6:52 AM CuteNaija 0 Latest News in Nigeria 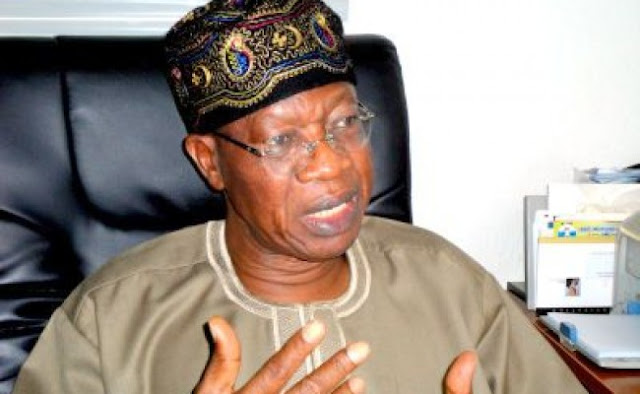 The recent bombings of some communities in the North-eastern part of the country are acts of desperation rather than resurgence of insurgency, the Federal Government has said.

Minister of Information and Culture, Alhaji Lai Mohammed, who gave this explanation at a press briefing in Abuja on Tuesday, insisted that the terror group had been degraded and were desperate to prove otherwise through bombing of soft targets.

He said, “Now, the current bombings by the degraded Boko Haram will not surprise anyone who is conversant with the ebb and flow of insurgency. During the immediate period after an insurgency has been degraded, the fact that terrorists are dispersed into the community is often followed by an upsurge of terror attacks in the form of suicide bombing and sabotage of critical facilities.

“Activities during this period are often carried out within population and against soft targets or vulnerable groups. There is often apprehension in the community that terrorism is getting worse, even though, in reality, insurgency has been weakened as a cohesive terror force. This is the current phase of insurgency in the country.

“There is no resurgence of Boko Haram. The terrorists remain massively degraded and largely defeated. The recent string of attacks is not an indication that Boko Haram is bouncing back. We warned that the terrorists would resort to attacking soft targets, which are highly vulnerable places like motor parks, entertainment and worship centres, markets, etc.”

He added, “This administration is not unaware of this development (resurgence) and is taking appropriate measures, in line with global best practices, to ensure an effective response. These include the strengthening of intelligence and security, especially in the affected communities, and the stepping up of the reconstruction, rehabilitation and resettlement efforts.

“While these efforts are going on, the government enjoins members of the public to be vigilant; security conscious, and to cooperate with security agencies by providing information on suspicious and strange objects, activities and persons in their communities. By doing these, we will be denying terrorists a safe haven and the opportunity to carry out their atrocities.

“It is important that we explain further to our compatriots that the recent spike in suicide bombings and attacks on vulnerable communities are not unusual at the phase of insurgency in which we are now, which is the phase in which the insurgency is defeated or degraded by the military. As we have said many times, insurgency is not your typical classic warfare, and the guns will not fall silent overnight.”

The minister said the administration of President Muhammadu Buhari has succeeded in galvanising neighbouring countries and the global community, including major powers, towards the defeat of insurgency and the reconstruction and rehabilitation of the communities and population most affected by terrorism.

He appealed to Nigerians to claim ownership of the war against insurgence and give soldiers fighting in the North-east the needed morale boost through their support and useful information.