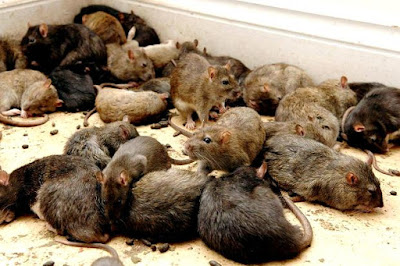 As the fear of Lassa fever spreads across states, business has continued to boom for sellers of rat killers.

Rats are known to be hosts of the Lassa virus. The virus is contracted through the consumption of food exposed to rat droppings or urine.


Mrs. Titilayo Oyinkan who sells rat killers in Oshodi area of Lagos State said the fear of rats had increased her customers.

Oyinkan said, ‘‘I sell more rat killers now. Housewives mostly patronise me. It is just that I cannot pray for the disease to continue but it has made many people to see the need to kill the rats in their houses. I sell about 20 pieces of rat killers every day. I used to sell about seven or eight before the disease started.’’

Also, Bright who sells rat killers in the Ikeja axis of the state said there was a high demand for the toxic substances since the fresh outbreak of the disease.

Also, another seller of rat killers who identified himself as Ilori Hassan, said he sells more now than when there was no outbreak of the disease.

On her part, Mrs. Tolulope Oyede-Abioye, said she now buys rat killers to eliminate the rats in her house.

A growing Lassa fever outbreak in Nigeria has killed 101 people, as the country continues to battle to contain a flare up of the virus,