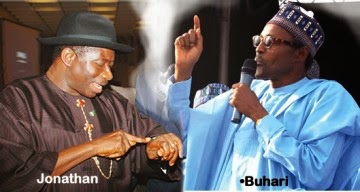 Former military Head of State and presidential aspirant of the All Progressives Congress, APC, Gen. Muhammadu Buhari, yesterday declared that he picked an expression of interest and presidential nomination forms worth N27.5m with a bank loan.

Buhari disclosed this at the APC national headquarters yesterday in Abuja.

“You could recall in the entire contest, I have always tried to personally pay for the nomination form at least. But N27.5m is not small.

“Thank God, I have a personal relationship with the chairman of my bank. I called him and told him that the forms are coming and so, whether my accounts are in red or green or black, you must honour this, otherwise, I will lose the nomination.

“I was about to go to Kaduna today and told the chairman and he said, ‘you better pick the form’ and he kept a straight face. That means that there is no excuse.

“I thank God that we have gotten to this stage and all speculations will now cease and now, in the best tradition of democracy, people can now follow their choice candidate into the arena,” Buhari said.

APC National Chairman, Chief John Odigie-Oyegun, described Buhari as a harbinger of change in spite of his age. “We don’t expect you to have N27m under your bed. But I expect that there are Nigerians who will vouch for you anyday and who are ready to stand by you anyday and that is the result that we have obtained today,” he said.

According to him, Buhari’s decision to join the race showed the quality of leadership APC is offering the country, just like the other aspirants. The APC boss added that if there was no consensus his leadership would give the ‘cleanest’ primary.

“If there is no consensus, my leadership would be offering the ‘cleanest’ primaries. When we hold our primaries, we will teach this country a good lesson on how to hold a transparent primary.

“People have always told me I should conduct a free, fair and transparent primary without rancour and I am confident.

“I am already packing my bag out of here and nothing is going to stop us from arriving at that destination.”