8 feared dead as truck crashes into stationary vehicles in Lagos 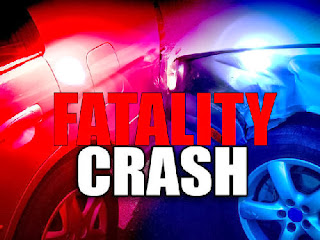 At least eight people were feared dead on Tuesday in Lagos when a truck veered off its lane and crashed into stationary vehicles at Oshodi.


Five vehicles were involved in the accident which occurred at the Oshodi `Isale’ Bus Stop on the Oshodi-Apapa Expressway.

The lorry was coming from the Apapa end of the highway when the accident occurred.

The stationary vehicles involved in the accident included three commercial buses and a jeep.

A correspondent, who was at the scene shortly after the accident, reports that blood stained some portions of road while luggage of the victims scattered.

Transport managers pulled off the affected vehicles off the road to prevent a gridlock.

Mr Samuel Ogundayo, the Oshodi Unit Commander of the Federal Road Safety Corps, told NAN that 19 people were involved in the accident.

“A tipper had a break failure; 19 people were involved but eight died instantly.

“They have been taken to the General Hospital Ikeja and the Health Centre, Oshodi,’’ Ogundayo said.

However, an official of the Lagos State Transport Management Authority, who pleaded anonymity, told NAN that five people died in the accident and five injured.

He said that the bodies of the dead had been taken to the General Hospital, Ikeja, while the wounded were taken to the Trauma Centre Oshodi. (NAN)