First plane crash site in Nigeria to be made tourist centre

6:50 AM CuteNaija 1 Latest News in Nigeria 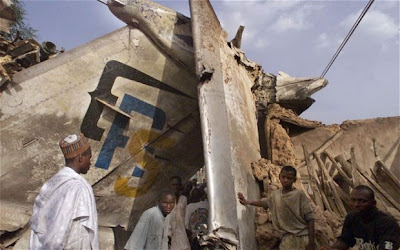 The location in Ikogosi in Ekiti West Local Government Area of Ekiti where the first plane crash was recorded in 1942, is to be converted to tourist centre.

The Special Adviser to the state Governor on Tourism Development, Mr. Segun Ologunleko, who inspected the crash site on Wednesday in Ikogosi-Ekiti, said the decision was to turn the state into attractive tourism destination in West Africa.

The Ikogosi town is also famous for being the home to warm and cold water co-existing together on the same spot.

He said government’s determination to make the state a place where people could visit and see the relics of the airplane would complement the appeal of the warm spring in the area.

Speaking on the crashed plane, one of the elders of the Community, who claimed to be an eye witness to the incident, Pa. Olu Adeniyi, recalled that the plane crashed on April 12, 1942 at about 8.15 p.m.

According to him, it was a war plane that contained arms and ammunition, including explosives that went off with loud bang throughout the night.

Visible at the site, were the relics of the two engines of the plane and other aluminium and metal materials. (NAN)