Federal Government to ban the use and sale of the drug, Rophynol 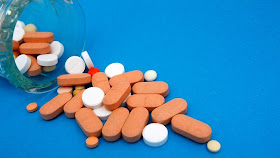 It was the drug administered in the ‘Facebook murder’ of Cynthia Osokogu.

The Federal Government may ban the use and sale of Rophynol.


Rophynol is a powerful sedative that is illegal in the United States but is used elsewhere for hypnosis and anaesthesia.

It is popularly known as the ‘date rape’ drug because of its ability to cause unconsciousness and memory blackouts.

The Minister of Health, Prof. Onyebuchi Chuckwu, said the drug has been banned in most countries due to similar cases.

He said the appropriate authorities have been asked to guide the Federal Government on the position to take.

The minister spoke to reporters at the end of yesterday’s Federal Executive Council (FEC) meeting presided over by Vice President Namadi Sambo.

President Goodluck Jonathan was on a visit to Benue as part of his tour of flooded states.
Chuckwu said:“There is a different body that decides which drugs can be used in Nigeria; this agency is not the National Agency for Food Drug Administration and Control (NAFDAC).

“The law that empowers that body allows it to decides which drugs should be banned or used in Nigeria.

“Right now as the minister, I have directed the appropriate bodies, which are the Nigerian Essential Drugs List and National Drug Formulary Committee, which is established by a separate law, to look into whether or not we should ban the drug.”

The drug he said has been banned in some countries.

The FEC approved the Nigeria National Pharmacovigilance Policy, which will proper management of adverse drug reactions.

The policy is to assist government to monitor and deal with issues of adverse effects of drug reactions in the country.

The policy, which will be implemented by the National Pharmacological Centre, located within NAFDAC, has been approved by the National Council on Health at its 55th meeting in July.
According to the minister, the policy is to ensure that adverse drug reactions are properly managed.
Also yesterday, the council approved N671million for consultancy services and the design for the extension of the East-West road.

The contract is for Phase Four work; from Oron, Akwa-Ibom State to Calabar, Cross River State.
The Minister of State (Niger Delta), Hajia Zainab Kuchi, said when completed, the proposed dual carriage way would reduce the journey time from any section of the East/ West Road to Calabar.
She said the road would also help open up access to riverine areas and communities and leveraging their full economic potentials.
CuteNaija at Thursday, October 25, 2012
Share